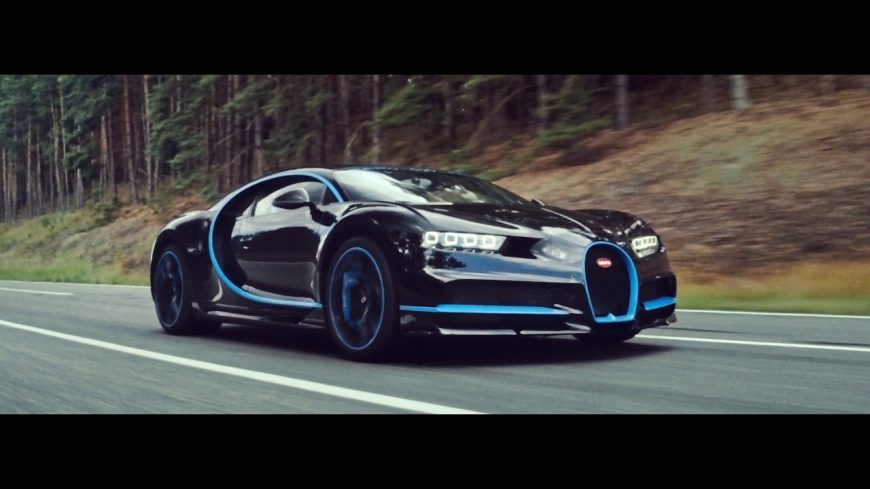 When it comes to street machines, Bugatti has always had lots of tricks hiding up their sleeve and for the amount of money that you pay for these things, we’d have to say that they better! This time, we take a look at a record that was set in such a way that it will be sure to amaze you. The Bugatti Chiron, like the lineage before it, is an incredible performance monster, packing 1500 hp for cool $3 million. Now, with a car like that, you’re going to definitely want it to be on its toes when you stomp down on that accelerator and also when you hit the brake pedal. This time, Bugatti shows us that it can deliver all that and a bag of chips.

In this one, we take a look at the Chiron as it heads out to go after and snatch a record as the car is able to blast from 0 to 400 kmh (about 250 mph) and back to zero in a time that no other car has been measured at before. In a span that lasts just under 2 miles and only takes about 42 seconds of real time, the car is able to muster up an incredible top speed and slow back down in a hurry. By doing so, it becomes the quickest to ever carry out the task. Sure, making a car go that fast is something that has definitely been done multiple times before, however, making it slow back down as a whole new story entirely. Talk about heat!

Check out the video below that not only shows off an incredibly fast car, but one that is fitted with a ton of luxuries as well. In a vehicle that weighs an astonishing 4400 pounds, more than some new trucks, that is most certainly nothing to brush off. If you’re looking for a machine that essentially does it all, then look no further because you’ve found it!