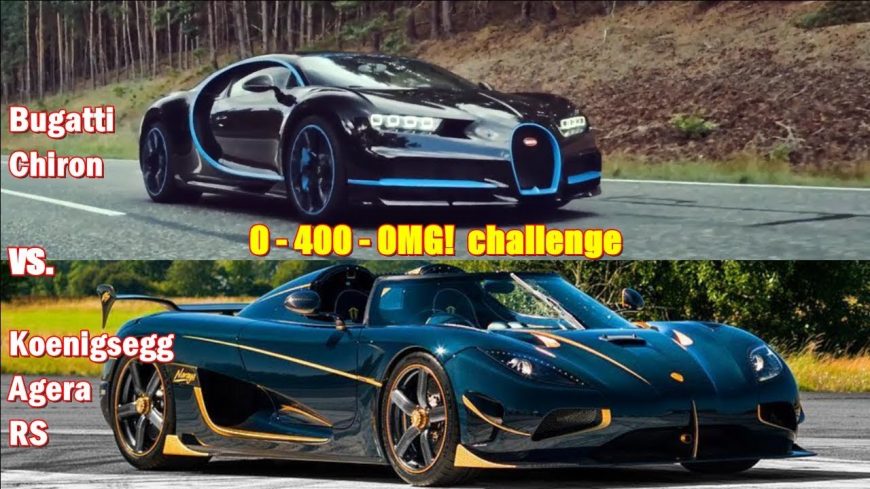 If there’s one thing we love, it’s the back and forth battle between performance manufacturers. One of the most in-your-face examples of this might’ve been when the Bugatti Chiron came out and set a 0-400-0 record. This was shortly followed up by a job by the Koenigsegg Agera RS. These two cars are nothing short of spectacular in their own right. In some form or another though, one has to be better than the other, right? Koenigsegg made no bones about the fact that they intended to hold that title.

This time, we check out a record attempt that we saw set by the Bugatti Chiron. Just a month or two later, the Koenigsegg Agera RS comes around and tries out the same test. While the Bugatti secured a record spot, the Koenigsegg seemed to make child’s play of it all. When the Agera approached the test, it would end up shaving seconds off of the time of the Chiron.

The Chiron was able to complete the 0-400-0km/h test in just 42 seconds. This is an impressive time by any stretch of the imagination. It even went so far as to become the best overall. However, it looks like Koenigsegg sensed the blood in the water and decided that now is a good a time as any to strike. They would manage to carry out the same test in just 36.44 seconds. This chops right in the ballpark of 6-seconds off of the previous record.

The gap might not seem like much. In a world where every last millisecond counts and teams will spend hundreds of thousands of dollars trying to chase down every last decimal point, this is really a major accomplishment. Ride along down in the video below that takes you to an airfield in Vandel, Denmark that showcases all of the action. This wild ride rockets to nearly 250 mph and comes to a stop, setting itself a new world record.

« Dare to Follow Your Dreams, the Ultimate Gearhead Motivation