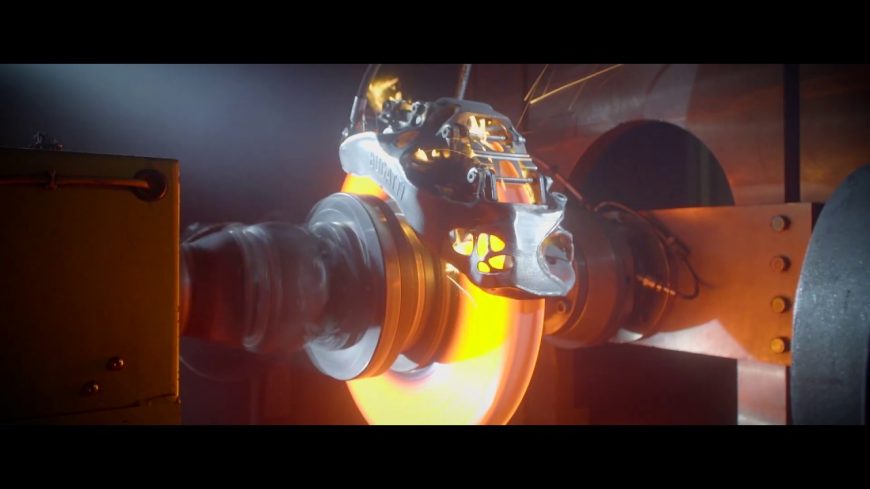 As time goes on, we find new means of manufacturing all the time. Perhaps, one of the most exciting recent jumps was to that of mainstream 3D printing. With this type of production, objects can be made from nothing more than the raw material, a printer, and a good file. We have seen everything from complete automobiles down to something as small as a phone case created by 3D printing. The better the printer, the more capable it is to create amazing and durable products. The awesome part of it all is that this technology is also evolving to get more and more efficient.

Recently, we saw one of the most world-renowned automakers get in on the 3D printing craze. As fate would have it, Bugatti decided to take a crack at the technology to see where it would land them. It seems like their jumping off point would just so happen to be a brake caliper.

“The world’s largest 3D printed titanium pressure functional component ever produced on one of the most powerful brake test benches on the market! This is what it looks like when Bugatti prepares its first printed titanium brake caliper for series production” –Volkswagen Group

In the video below, we watch to see just how much abuse this caliper can take. Obviously, the company wants to throw all that they can possibly throw at it. It seems like they want to run it so hard that a potential driver couldn’t realistically be expected to push it this far. In turn, we’re sure they also want to test it out for longevity. We’re not sure if Bugatti plans on using 3D printing in the long haul. While it’s awesome, we’re not sure how realistic it is to implement. We have to admit that it’s pretty darn cool to watch, though.

« Driver Has Way More Boat Than They Do Tow Rig.