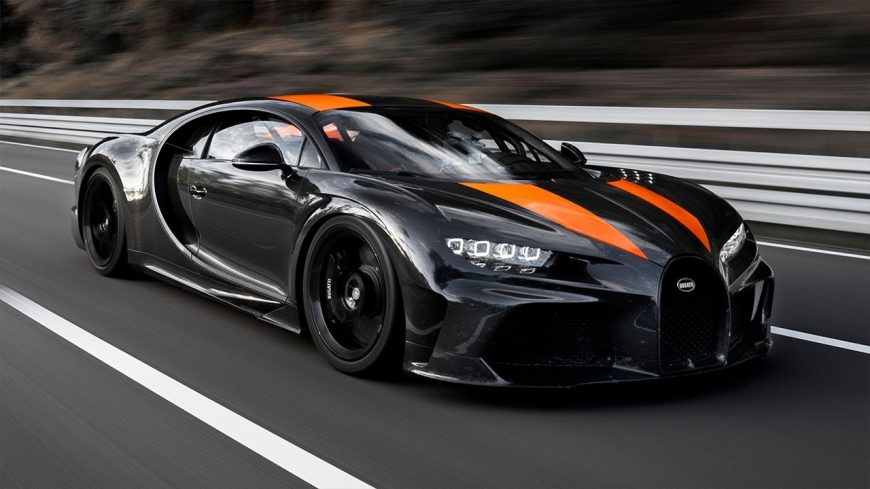 No, that wasn’t a typo. Officially revealed today, we learn that at the one month ago on August 2, 2019, the Bugatti Chiron cranked out a pass over 300 mph. With this feat, it becomes the first-ever hypercar to accomplish such speed. It’s certainly a high-speed run that we couldn’t keep our eyes off of.

Top Gear, the original news breakers, tell us that “TÜV,” Germany’s Technical Inspection Association, were able to verify the speed. The next closest is the Koenigsegg Agera RS that managed to reach out and touch 284.55.

For those thinking that their personal Chiron could reach 300 with a long enough strip of road, think again. A couple of modifications made this one slightly different than other examples.

This particular Chiron has a nose that is a touch longer and adjusted ride height, says Top Gear. Furthermore, they also tell us that the car has a modified rear cross-section to reduce drag and modified tailpipes to get exhaust emissions out of the way. This comes alongside a static spoiler where the airbrake used to be.

When speeds start to get this extreme, every bit of drag matters. Keeping the car down and focused on acceleration is of the utmost importance when chasing records like these.

Last but certainly not least, the car has received weight reduction treatment.

Some might remember that Bugatti and Koenigsegg got into a slight boxing match a couple of months back. As the war for 0-250-0 was on, both companies would produce records back-to-back. As Bugatti has shattered the 300 mph mark, they’ve stated that they will no longer be in the race. We’re sure that other manufacturers are bound to follow, though.

Stephan Winkelmann, President of Bugatti says that “We have shown several times that we build the fastest cars in the world. In future we will focus on other areas.”

Basically, this quote infers that the company is going out on top. We wouldn’t hold our breath on seeing them stay retired, though. While the 300-mark is fresh in our sights, we’re sure that the rest of the community will catch up one day. Would you be able to sit on the sidelines while the competition chased you down?