These days, on YouTube, you never really know what you’re going to find. When ...

These days, on YouTube, you never really know what you’re going to find. When it comes to the WhistlinDiesel YouTube channel, they take on some crazy antics that have quickly helped them rise to a mountain of subscribers. Over 400,000 people have tuned in to see exactly what they’re going to come up with next.

The latest on the list of viral sensations just so happens to be a Duramax powered golf cart. We know what you’re probably thinking. No, it isn’t a go-kart frame with a Duramax diesel engine bolted in. Instead, what we see here is none other than a Chevrolet Silverado HD chopped down to play. Let’s just say that this caused just a little bit of controversy in the comments. It doesn’t seem to bother WhistlinDiesel, though, as they continue to have the time of their lives.

This time, apparently, snow is already beginning to fall in November in their neck of the woods. Generally, when it comes to automotive YouTube channels, snow means that it’s time to have even more fun! With the antics of the WhistlinDiesel crew, we know that it’s bound to be good. As they seem rather unphased by anything, the snow presents an opportunity to crank up the intensity of the stunts even more.

By following along with the video below, we get to join in on the ride a lifetime. As this go-kart of sorts is pounded through the snow, things look to get more and more fun with every second. There’s just something about a simple set up like this that provides the best time. There are no complicated parts on board or really anything that couldn’t be done with a couple of basic tools, granted that they started with an entire truck. The rest is nothing more than a long skinny pedal and a little bit of adrenaline.

YouTuber Has Officially Lost it, Mutilates Duramax Silverado to Make a Go-Kart 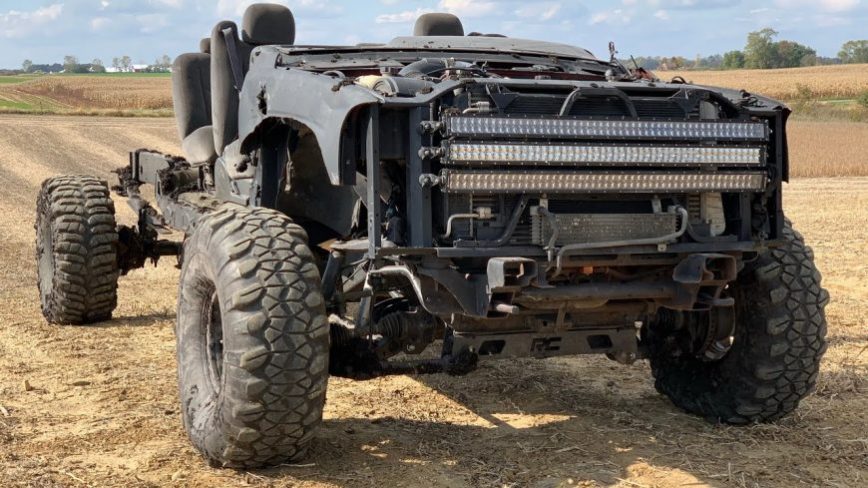