Building A Smart Car Wheelie Machine Is One Whacky Transformation 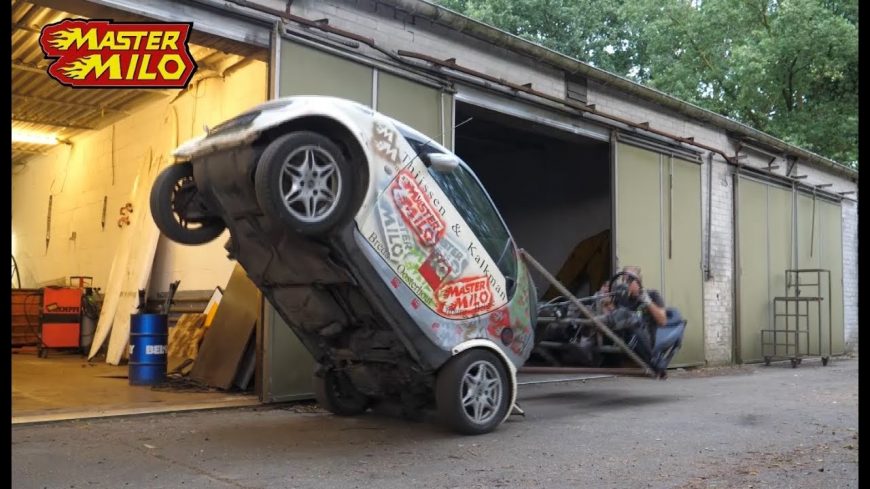 Sometimes, with the results of peoples’ creativity and labor, what you see is something that is tough to wrap your mind around. Certain machines that are purpose-built might serve such a purpose that really doesn’t make sense to you but that doesn’t make them any less fun to watch, either. This video shows us a perfect example of a machine that really takes some dedication for an oddly specific purpose and when it all comes together, you can’t help but keep your eyes feasted on it to see what exactly is going to happen next.

This one all starts out with nothing more than your traditional Smart Car, you know, the roadworthy machine that is no bigger than your average golf cart. From there, though, things start to get more and more unconventional with every minute of the video as it continues. The people behind this one aren’t building a show machine or a drag racing machine but instead, something that is purpose-built for wheelies, but not in the way that you were originally thinking. Normally, a wheelie machine will have the driver behind the wheel and popping the front end of the car up, however, with this one, the driver is sitting up on a pedestal that is mounted several feet behind the car and several feet up in the air.

If this doesn’t sound like something that makes sense to you, perhaps it’s one of those things that you have to just visualize in order to be able to grasp. This is where the video really comes in clutch, showing us how this contraption works and what the idea was behind it. It looks like, to us, that these guys set out to accomplish their goal and at the end of the day, they came through with flying colors and something that looks to be a ton of fun to look at as it rolls along on two wheels.

« This Guy Took A Motorcycle, and Built Himself An Off-Road Trike!