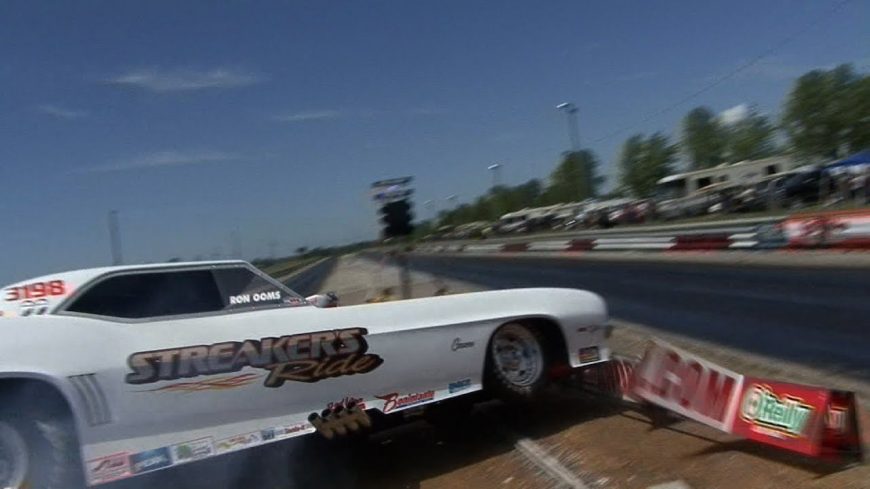 The sport of drag racing is definitely one that has captured our hearts. However, for those who compete, it isn’t always sunshine and rainbows. In addition to all of the hustle that goes into getting a car ready and the potential that it might break, there is also a dark cloud looming in the back of every racer’s mind. This cloud says that they could potentially end up crashing their car. Thankfully, it isn’t all that common that something like this happens. It is a very real situation to consider, though. This is why so much safety gear is generally put into place.

While wrecking a vehicle might be something that isn’t as common as one would think, wrecking before making it out of the burnout box is far less common. Most of the time, drag racing accidents will happen somewhere down the track. It’s usually an occurrence when cars end up breaking parts or losing traction at high speeds. However, in all of my years of racing, I can’t say that I have ever seen a vehicle wreck while doing its burnout.

The crazy part here is that after watching this video a couple of times, it also doesn’t appear as if there was very much the driver did wrong in this one. I guess that the car just got rolling a little bit too fast while sending smoke off the tires. It grabs traction at just the wrong time before being sent toward the wall. We can’t help but feel for this dude. He’s caught in a pretty awkward spot and it wasn’t even really his fault!

Fortunately, it doesn’t look like any bodily injury was done in the situation but it has to be really disheartening, to say the least. Hopefully, this ride wasn’t too banged up, either!

« Team “FnA” Take on Hellcat With the Gonorail