by Jesse Kleib | May 25, 2018
bus jumpJimmy “The Flying Greek” Koufosstunts

When you take a step back to the 1980s, it seems like you enter a whole different ...

When you take a step back to the 1980s, it seems like you enter a whole different world where expectations were entirely different and sometimes, people would push things a little bit more to put on a display even if it wasn’t the safest situation possible. Let’s just say that with somebody like Jimmy “The Flying Greek” Koufos and his display where he would take a school bus and jump it over a group of 20 motorcycles prior to a 1980s NASCAR Busch race, it was a display that I don’t think somebody would really put on today and especially one that current NASCAR probably wouldn’t get behind. Back in that day and age, things were simpler and sometimes, a lot more entertaining because of it.

After taking your run-of-the-mill school bus and equipping it with a 427 cubic inch powerplant and a roll cage to protect Jimmy from imminent impact, he would then take this bus on a journey unlike any other.

Before the Busch race would get started that day, Jimmy would gain speed around the track, mustering up a head of steam that would then launch him over the motorcycles in an attempt to touch down on the other side without a hitch. It’s definitely something that would prove to be quite the challenge as the weight distribution of that bus had to be a load to handle.

If you follow along down in the video below, you’ll be able to take a step back in time to watch The Flying Greek take on this acrobatic display with the most unlikely of candidates beneath him.

From the sound of things, the entire stunt was constructed by Jimmy and his stepfather ahead of time as to minimize the risk, however, I’m not sure that any amount of preparation could actually fully get you ready to launch something that massive into the air at such high speeds. 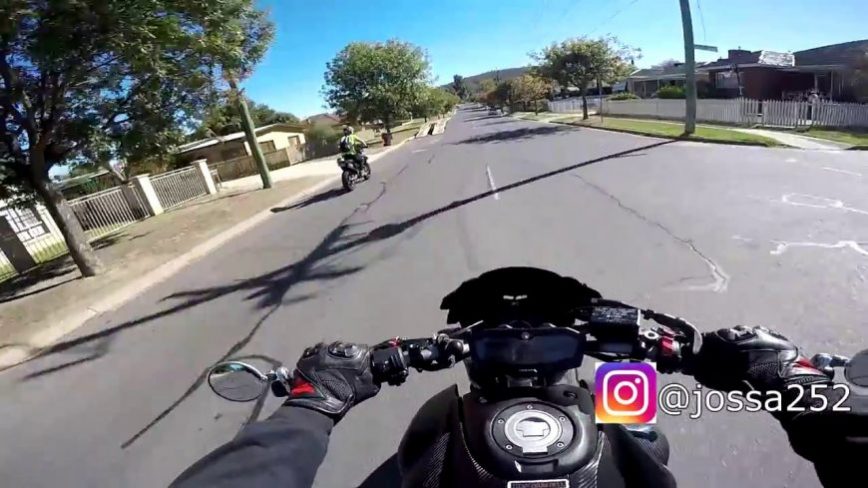