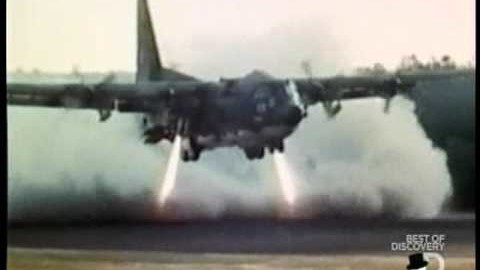 The Lockheed Hercules Aircraft is one of the military’s most versatile transport planes, carrying everything from troops to cargo and medical patients. In the 80s though, the plane was to be repurposed for another duty.

Instead of using it as a workhorse, engineers would attempt to make the plane a rescue craft which would call for making the 80-ton airplane a bit more agile, agile enough to touch down in a soccer stadium.

Check out the video below as the plane is strapped up with rockets to enable it to be able to land and take off quicker than normal, but a mishap makes this project end in disaster.

This Porsche 964 crashes with flying colors!

« Quads On Tracks Battle Dodge Truck In A SNOW Tug Of War!