Part of the fun of the performance car community is comparing just about everything ...

This is something that we can really see in abundance when a new hyped-up model comes out that the public. When it comes to hype, what car was more highly awaited than the C8 Corvette? It was readily apparent that, for the 2020 model year, the Corvette moving its engine to the middle of the car was the biggest storyline. With the redesign would come lots of questions and speculation.

Would this new mid-engine Corvette be any good and could it possibly compare to other mid-engined cars?

With comparison like this, we have to remember that this is still the very first iteration of the first model of the mid-engine Corvette. With that, we mean that different models like the Z06 and ZR1 will likely deliver even more performance a couple of years from not. Keeping that in mind, it’s even more impressive what we have been seeing out of the base model machine.

This time, the folks over at Hennessy Performance take the liberty of comparing the latest Corvette to a Lamborghini Huracan. Last time that we caught a C8 being compared to an Italian exotic, it was the LaFerrari. A multi-million dollar Ferrari managed to out-muscle the 5-figure Corvette. However, it seems like, as far as supercars go, the Huracan should be a pretty fair matchup for the ‘Vette.

By following along with the video below, we get to see how these things stack up against one another. Hennessey tells us that the Huracan is bone stock and about ready to receive some boost. Meanwhile, the Corvette boasts aftermarket wheels, an exhaust, and is lowered. In other words, it’s marginally better than a stock performer. 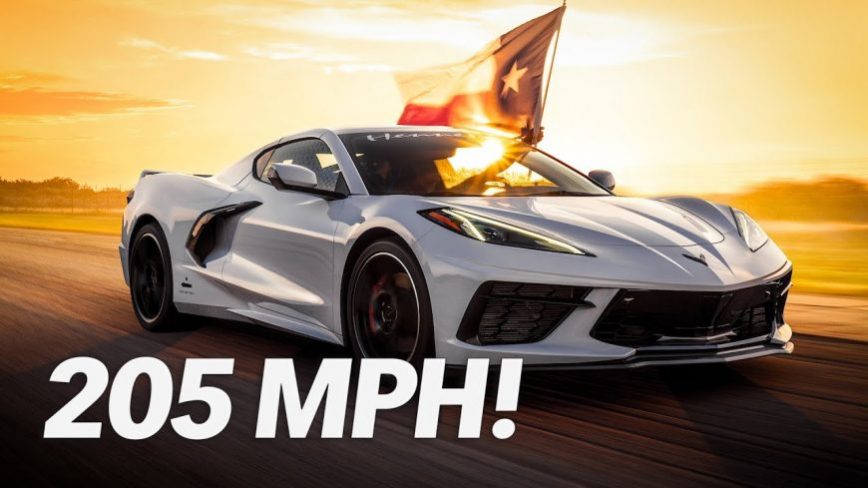