The Cadillac CTS-V Has Been Canned Forever – Here’s Why 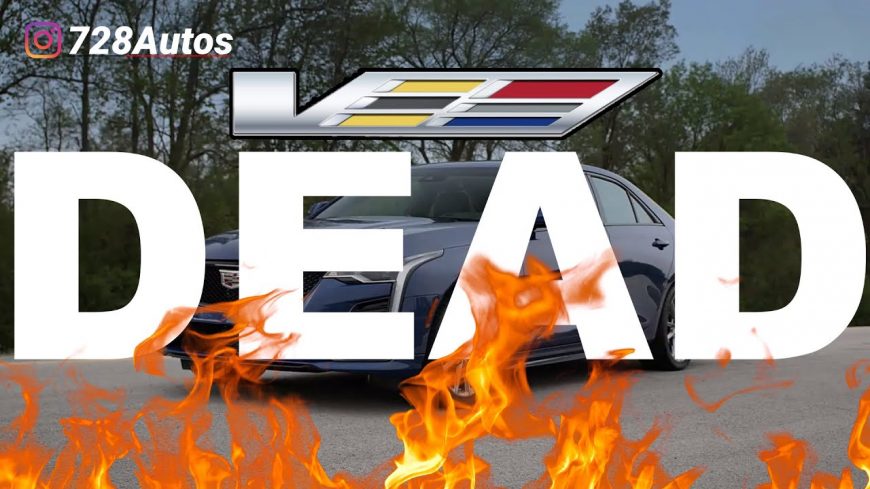 When it was unveiled, the Cadillac CTS-V was something new to American car culture. While Europe had been taking advantage of the performance luxury segment for years, America hadn’t really hopped on board.  In the year 2004, though, General Motors decided to cram a Corvette engine into a Cadillac to see what would happen.

Admittedly, from the perspective of somebody who owned one, the cars weren’t exactly refined. Instead, the combination was rather clunky. It was clear that they wanted to make this thing on a budget to kind of get an idea for the market. The result was a lot of parts that should’ve been upgraded but simply weren’t. The car definitely wasn’t great but it wasn’t the worst thing on the road, either. Long story short, it was a good start but needed some work.

From there, the second generation of the V would come out. The entire platform has been redesigned. Apparently, the first generation had provided enough hope for Cadillac to invest in a second. The second generation of the car was by far the most popular. It seemed to gather widespread spread praise as enthusiasts everywhere couldn’t get over the offering. Now boasting a supercharged LSA, the platform was really built to take a beating. It delivered more than enough horsepower to test that durability out.

After the widespread success of the second generation, though, the third-generation seem to hit a flat spot. It almost faded into the distance as the design became a bit bland. The car began to look a little bit like everything else on the road. When combined with the fact that there would no longer be a manual transmission offered, the soul of the V almost felt like it was sucked dry.

It’s unclear if this was due to the suits at Cadillac not really understanding the client or if the market just went away altogether for this type of vehicle. These days, though, the question remains as to what exactly did the V in. With that, we dive into an opinion piece.

By following along with the video below from 728 Autos on YouTube, we hear an opinion as to the top five reasons why the CTS-V got canned. As performance enthusiasts, we have to admit it’s kind of depressing to see the nameplate go. However, with the way that these kinds of things seem to shape up, perhaps we will see it again one day. Until then, we’re left to ponder what the real reason is as to why it went away.

« He Wired a Horn to his Dad’s Brake Pedal, the Freakout was Epic