We expected this out of California, but it seems like Washington state may be losing ...

We expected this out of California, but it seems like Washington state may be losing their minds by proxy, too.

When we heard of the idea that the Chevrolet Camaro SS and ZL1 would be banned in these states, we had a couple of ideas. The logical first thought is that these states are tightening up on engine emissions. With the way that the industry is moving, perhaps they’re trying to start forcing the implementation of electric vehicles.

However, the desision was based on something much more obscure. Instead, two of the three states that make up the west coast of America have banned the Camaro due to its brake pads.

Writing this feels more like satire than reality but the states have decided to make the models illegal due to the composition of the pads, more specifically, their composition of copper.

In a report by Autoblog, they cite the California Motor Vehicle Brake Friction Material Law that prohibits automakers and suppliers from selling brake pads “Containing more than trace amounts of copper, certain heavy metals, and asbestos.”

The ban on asbestos came in 2014 while the ban on pads containing more than 5% copper should come into effect this upcoming January.

I’m no marine biologist so we’ll just relay the justification for the law. Lawmakers say that the decision comes as the copper sometimes makes its way into rivers, contaminating the water. Spoiler alert: This copper is bad.

Dealers are said to be legally required to stop taking orders for the cars. However, what they already have on the lot is still able to be sold. Moving forward, Chevrolet is said to be working on brake pads that comply with these standards for the 2022 model year.

Scientists say that this is more than a trivial issue that we certainly understand and can get behind. We would just think that banning the pads or forcing dealers to swap out the inexpensive component might be a slightly more reasonable measure.

Oh yeah and also worth noting – those close to the industry counter that existing brake pads pose no serious threat to the environment. 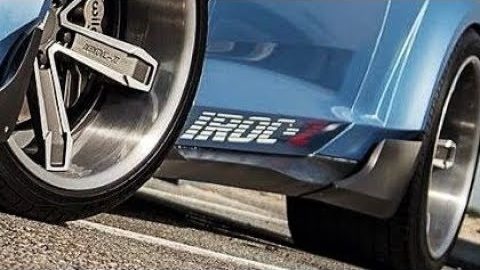