Can the 702 HP Ram TRX be a Workhorse? World’s Toughest Towing Test Tells All

Can the 702 HP Ram TRX be a Workhorse? World’s Toughest Towing Test Tells All

When it comes to the promises from the Ram TRX, the bar has been set pretty high. ...

When it comes to the promises from the Ram TRX, the bar has been set pretty high. From what we know of this truck, it’s going to pack in all sorts of interesting features in addition to its impressive off-road pedigree. The machine not only will be able to take the driver to the limit in terms of terrain. It also seems as if Dodge has built-in plenty of creature comforts and modern amenities as well. This isn’t just going to be a simple street legal dune buggy, at the end of it all.

For those who are thinking about buying this truck, there are probably a couple of questions that they want to learn more about. Just like any other vehicle, it’s going to face different battles, depending on who the owner is.

Sure, the truck does promise to be a desert blaster for the ages. Sitting at 702 hp, it’s going to be the most powerful production pickup on the market. However, with those impressive numbers, can it really be expected to be a well-rounded vehicle? In other words, is this just going to be a plaything or can it be a workhorse as well?

At the end of the day, spending over $90,000 on this machine is going to come with a certain level of expectations. Right now, Ram certainly has the ball in their court as there is a ton of hype built around the model. People seem to be in love with the idea of it but how it actually ends up panning out could end up changing that reputation for better or worse.

This time, we get the chance to spectate the answer to that very question with the guys from The Fast Lane as they look at the TRX in a new light. The channel promises to put the truck through the world’s toughest towing test to see what it’s really made of. At the end of the day, the test will be able to tell, once and for all, if the Ram has the chops to really be an all-around machine or if it’s just one that’s going to be fun to break out on the weekend. 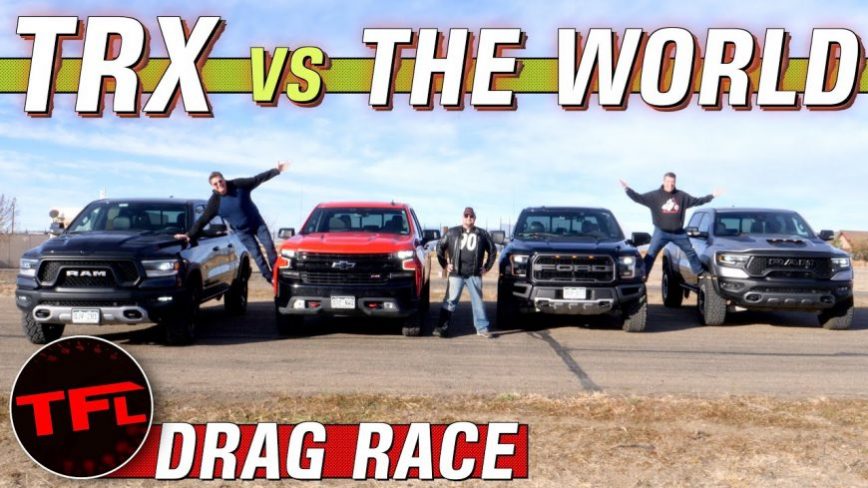