Can This Team Of Guys Assemble An Engine In Only 20 Minutes? 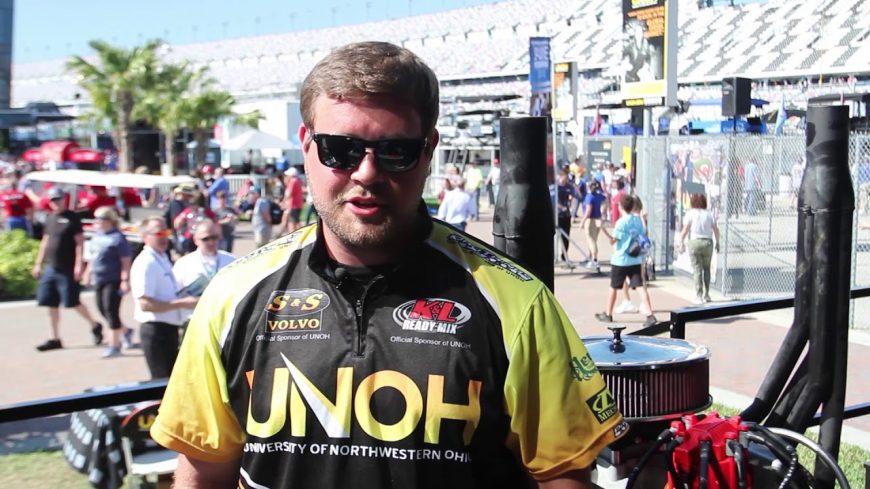 Over the past year, we’ve become quite familiar with the University of Northwestern Ohio as we’ve spent a lot of time with our drivers on the NHRA tour. UNOH has a solid relationship with the NHRA and many of the drivers run their logo as sponsors.

The school has become a valued source for prospective crew members for teams across all forms of motorsports and many NHRA teams have UNOH alums turning wrenches between runs. If you have followed our Live Facebook videos from the NHRA tour, you know speed and precision are key factors in between-rounds maintenance for each team on the tour, and this exercise shows exactly how these UNOH students are taught just that. These guys take a running engine and disassemble it down to a bare block, removing everything from the headers to the valve train and even the rods and pistons, then reassemble it all back together and crank it up again. Prior to this attempt, the best time recorded was thirty six minutes, a ridiculously quick time to do a job that would take me and my buddies at least a couple of hours to complete. These guys pull out all the stops on this attempt, though, and actually knock a full sixteen minutes off their best time, nearly cutting it in half and cranking the engine back up in only twenty minutes.

To put that in perspective, these guys tore this engine down from a complete, running state to a bare block and then reassembled it and cranked it in about the same amount of time it’s taken me to write this article. That’s less time that we spend watching the evening news or an episode of our favorite sitcom. I don’t know about you, but I would have been perfectly happy with the 36 minute attempt. Completing the job in 20 minutes flat is nothing short of insane!