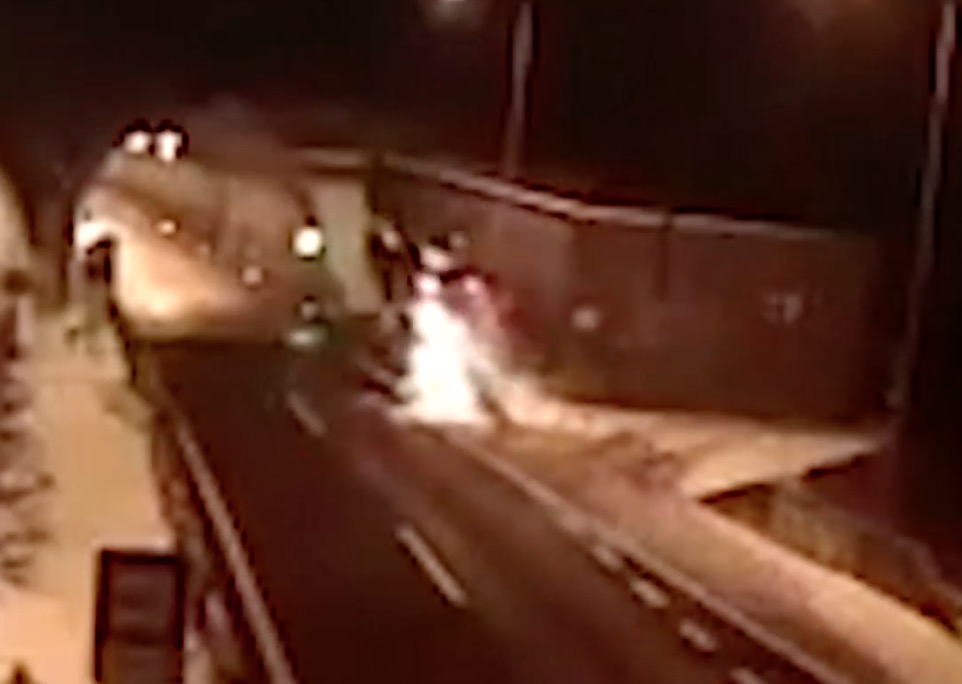 If you’ve watched enough clips on the web of all of the hijinks that people can get themselves into while out on the public roadways, you know that there are certainly no shortages of situations that you can get yourself involved in that will end up putting you in a spot where you don’t want to be. Sometimes, all it takes is a brief distraction from the road and before you know it, you’re going airborne or being forced to run into something that obviously you don’t want any parts up. Heck, sometimes, it doesn’t take a distraction at all as other drivers can manage put you in this kind of a bad situation.

This time, we aren’t exactly sure how the events all fell in order or how this sticky situation would end up developing, however, after watching this one, we have to say that this might just be one of the most extreme examples of a case where somebody ended up going all out, getting involved in a really bad accident, and somehow managed to come out on other end without any major injuries. It seems to really speak to the way that cars are being built these days that you could go airborne and flop down in a tunnel, completely destroying your car and the driver is able to walk away.

If you follow along down in the video below, you’ll be able to catch up with the moment as this driver was in for a pretty big scare as the car did, in fact, go airborne, but when all was said and done, the pieces that he or she would have to clean up luckily were not related to personal injury. Maybe this person should be counting their lucky stars because I’m not sure how many other ways this one could have gone where they ended up walking away without harm done.

UNBELIEVABLE VIDEO: This car veered onto a ramp and flew into a tunnel in Slovakia on Thursday. Get this: Authorities said the 44-year-old driver sustained only minor injuries!

« Valentino Rossi: MotoGP World Champion, And His Passion For The Motorcycle Racing