Celebrating the 28th Anniversary of “Days of Thunder” 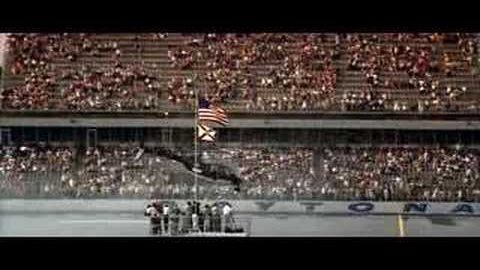 My all-time favorite movie may be Top Gun (we’ve covered this before) but I will always have a special spot in my heart for Days of Thunder. In many ways Top Gun and Days of Thunder are basically the same movie, right down to the starring actor, Tom Cruise.

In both, Cruise plays a talented-but-flawed driver, or pilot in the case of Top Gun, who overcomes tragedy and his own demons to triumph in the end. While the plot is almost boringly stereotypical, the acting, writing, and camera work in both films are top notch, putting them ahead of the pack (unavoidable pun) as far as box office success and longevity as fan favorites. I see friends often posting about Days of Thunder, nearly three decades after it’s release, and I actually just watched it a few weeks ago when I found it on one of the DirecTV movie channels.

While it’s hardly “based on a true story”, there are some aspects of the movie that were said to be based on Tim Richmond and his freewheeling, bad-boy approach to life and his NASCAR career. There are also specific scenes based on actual real life incidents, but if you want to find out which ones, you’ll have to hit Google and research them yourself.

The movie spawned several real life promotional and sponsorship agreements, bringing Mello Yellow to NASCAR for a short time following the beverage’s appearance as a sponsor in the film, and Kurt Busch once ran a race in a car painted like the City Chevy made famous by the movie. Last year, NHRA Pro Stock driver Deric Kramer “dressed” his car in livery from the movie for the fall Vegas race, where teams traditionally run special wraps for Halloween.

If by some chance you haven’t seen the film, it’s available to watch on YouTube for just $2.99 and is well worth that price to add this action/drama staple to your list of have-seen films. Starring Cruise, Nicole Kidman, and Robert Duvall, Days of Thunder was and always will be the definitive stock car racing movie, at least in my opinion.