Challenger Driver Wrecks on the Highway as Driver Tries to Keep up With a Tesla – YIKES! 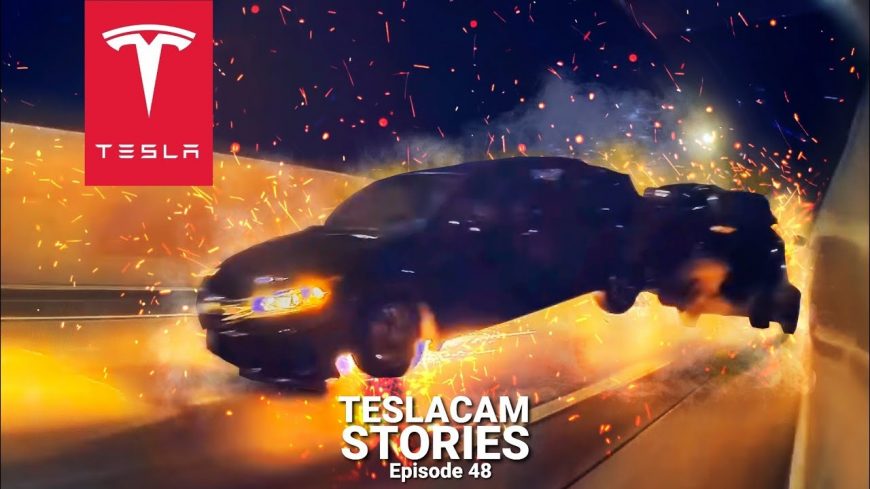 As we move into the future, it seems like more and more technology has integrated cameras. It’s getting to the point where pretty much everybody has a camera in their pocket and as if that wasn’t enough, now vehicles are even coming equipped with them. In the case of different Tesla models, these cameras can actually end up being pretty useful as a barrage of cameras are used for security purposes and liability purposes in case of an accident along the way.

This time, we tune in with the Wham Baam Teslacam channel that is dedicated entirely to broadcasting this sort of Tesla footage. The footage shows all sorts of situations from one involving sneaky thieves all the way up to different bizarre accidents. This time, we get a little bit of the latter.

As it turns out, the Tesla recording the footage wasn’t involved in the wreck this time. However, one of the many cameras onboard did manage to capture the incident in high-quality footage. From what we understand, the Tesla driver ended up passing a Dodge Challenger on the highway. Now, either this Challenger driver wasn’t very happy that they got passed or wanted to try to race the Tesla. In any situation, the person behind the wheel of the Dodge would make a couple of pretty dangerous maneuvers to try and catch up to the electric car.

It looks like the Challenger might’ve been making a little bit of progress but was quickly halted by another vehicle in traffic. The situation was pretty intense as the Dodge ended up rear-ending a slow-moving car, sending both vehicles to the side of the road where they would collide with a barrier. There have been no reports on if anybody was injured in the situation or not. Hopefully, all parties were alright.