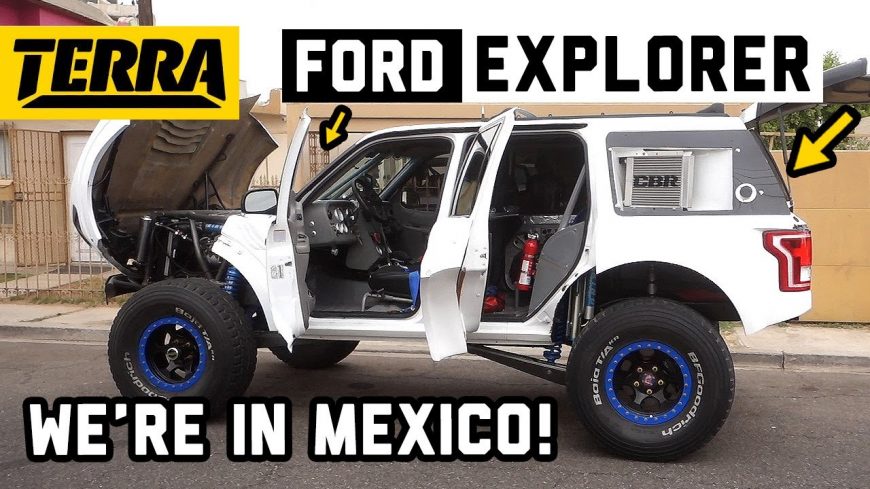 Straight out of the box, the Ford Explorer is a pretty capable vehicle. However, for us gearheads, sometimes, good enough just isn’t enough. Instead, many of us have our hand at modifying said vehicles to make them something that their original designers probably never even thought they were capable of being.

This might be the case with somebody who wants to make something fast or maybe a little bit more capable off-road. In this situation, we check out a vehicle that definitely becomes the latter. Instead of just any typical build with this Explorer, the family SUV is transformed into a sort of Prerunner. The vehicle receives a wide variety of suspension components that are sure to make it make the most of any terrain that the driver chooses to take on.

The suspension isn’t where things stop, though, as the rig is put together with a whole variety of performance parts and even appearance components that make it look the part. Nose to tail, there’s a little bit of something that has been modified, no matter where we look. The machine even has some custom-built parts like the hood that has been designed in order to be able to easily access the components beneath all while giving the truck a more aggressive look. This thing is so clean we could eat off of it!

By following along with the video below from Terra Crew, we get to check in with what might just be Mexico’s cleanest Ford Explorer build. This thing has been built to destroy, as the title insists, and we have no issues believing that. It definitely seems to be one rig that someone could hop behind the wheel of and drive just about anywhere! It doesn’t matter if there’s a road or not, this 4×4 is constructed to get the job done!

« 7 Cars That Are Faster Than a Hellcat for CHEAPER!