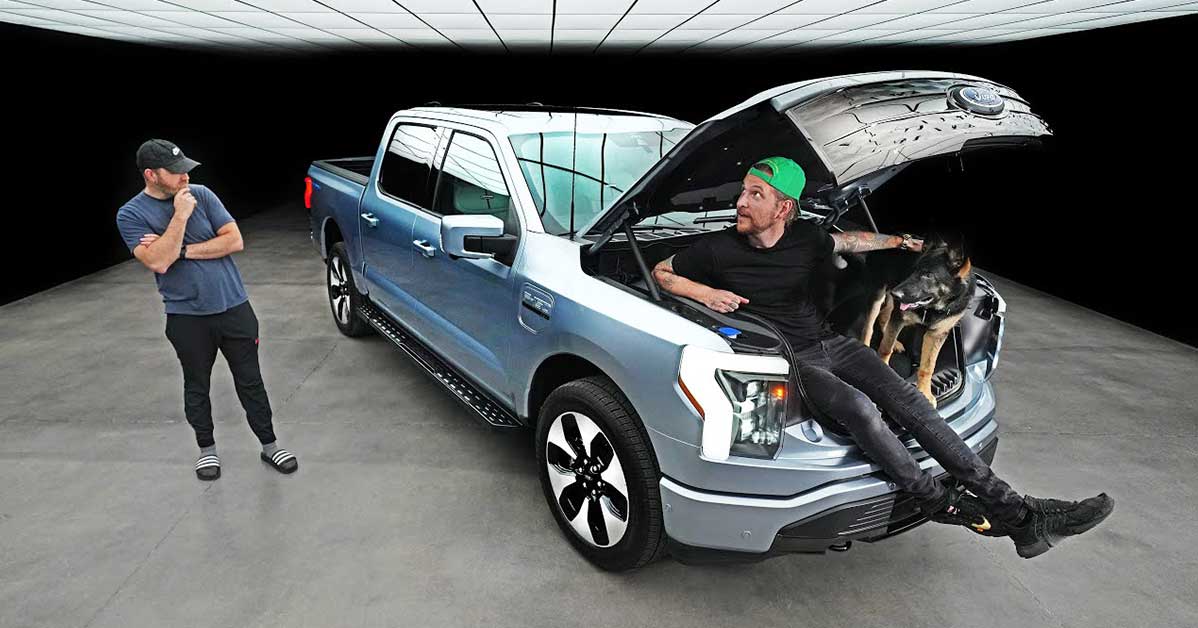 These days, the talk of the town in the pickup truck community seems to be who is going to be the one to reach out and grab the market share in the electric pickup truck world. As of now, this segment is still relatively undefined, so it almost seems as if that number one spot is completely up for grabs.

Sure, a company like Ford might carry a little bit of momentum into this one as the F-150 has been the best-selling vehicle for what seems like forever. However, it remains to be seen if they’re going to be able to carry that same sort of success into a new era.

This time, we check in with Ford’s first attempt at an electric pick-up truck. The model drew a little bit of criticism because it borrows the name of an old performance icon in the Ford Lightning. However, when evaluating the truck for what it is, the first electric F-150, the thing is pretty darn cool.

The truck even packs some features that pickup owners have been in need of since the dawn of pickups.

For example, Lightning owners will now be able to have a dry place to store their things that isn’t the bed. In the front of the vehicle where the engine would normally go is now a “frunk.” In addition, pickup owners probably never thought that their vehicles would be able to act as a backup generator for a couple of days in case of a power outage but here we are with just that capability.

Down in the video below, we get to check in with the Lightning in the most up close and personal way that we have since the model was announced. YouTube creator, Unbox Therapy has been known for their detailed reviews that really break things down and get into the details – so for those who have been looking to take a closer look at the Lightning, this is that video.

« Watch a Cluttered Garage Become an Absolute Dream in Minutes