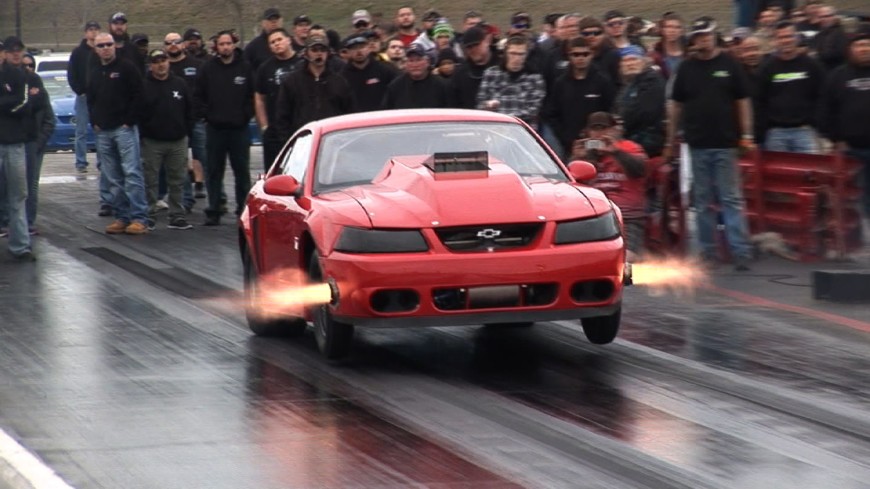 Some consider it blasphemy and others consider it the best thing that you can do to a car. Either way you look at it, this Chevy powered Ford Mustang rolls!

With a little bit of an extra boost from nitrous, this swapped monster rolls down the eighth mile with a few impressive mid 4-second passes, putting most of the competition in the rearview.

As the guys at Urban Hillbilly say, “Built Ford tough with Chevy stuff combos always spark a good internet debate. What do you think?”

Check out the video of this freakish pony in the video below and be sure to chime in with which side of this debate your allegiance lies.

Watch as this nitrous Mustang hits the wall not once, but twice!