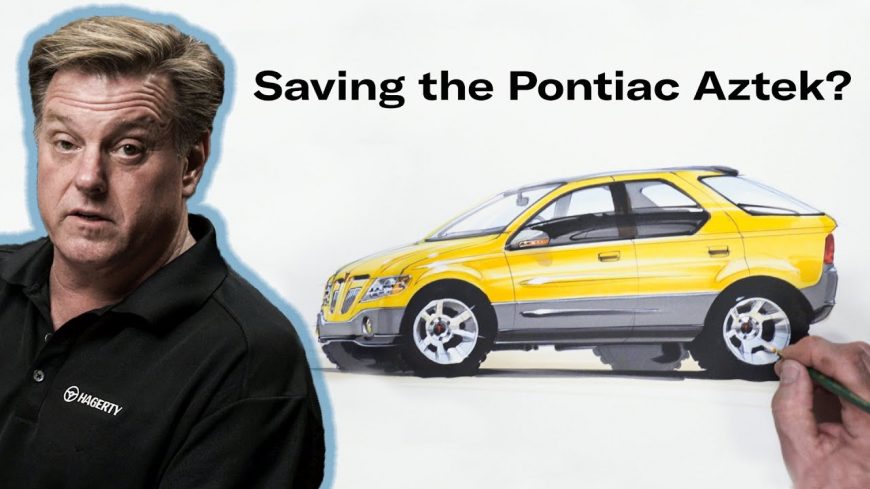 There are a lot of controversial opinions in the car community. However, I think one that really hits home for most is the idea that the Pontiac Aztek is ugly. Sure, beauty is in the eye of the beholder. We get it. Not everybody is going to have the same taste in cars. However, even among those who like the Aztek, we think that most of them are attracted to the car because of that ugly factor. There’s just something endearing about being the ugly duckling in the group when everybody knows it.

With that, the Pontiac is still talked about all of these years later. However, at the time, the short-run wasn’t very popular. The cult following really seems to have developed out of the previously mentioned ugly factor. All these years later, though, we’re still left to wonder if something like this could possibly have been any different. Was there another scenario where maybe different decisions were made and the Aztek came out good looking?

This time, Hagerty has enlisted the help of one of the most storied automotive designers in the industry. Chip Foose has put together more beautiful creations than we could possibly count. This time, though, we would tend to think that even Foose has met his match.

As he describes the original idea for Aztek, Foose says that the creators wanted to put the likes of a Pontiac GTO and GMC Jimmy in a blender. After borrowing their favorite features from each, the renderings actually didn’t look too bad. However, Foose agrees that the finished product really appears as if the brand just skipped a beat somewhere.

Below, we check out the legend’s reaction to the design along with trying to create his very own version to transform this ugly duckling into a beautiful swan. Could Chip Foose possibly be the one to revive the reputation of the Aztek?