Chris Forsberg Dropped GT-R Power in his Nissan 370z and it SCREAMS!

Chris Forsberg Dropped GT-R Power in his Nissan 370z and it SCREAMS!

It’s no secret that the Nissan GT-R has cemented itself among the kings of ...

It’s no secret that the Nissan GT-R has cemented itself among the kings of kings. Packing the VR series under the hood, the platform has really stood the test of time. In fact, the model hasn’t seen a major design overhaul for over a decade. Therefore, it would stand to reason that Nissan is doing something right under the hood.

Apparently, Chris Forsberg shares that idea as he decided to implement GT-R power into one of his competition cars.

The mainstay at Formula D has been behind the wheel of a Nissan 370z for quite a while now. In fact, he’s been competing in the z for so long that he says it might be the oldest car on the circuit. Over the years of competition, though, what’s under the hood has been changing while the body remains the same.

After experimenting with all sorts of different engine architectures, it seems like six cylinders are here to say. In this one, the Hoonigan Autofocus takes us along for the ride as Forsberg shows off his GT-R powered Nissan 370z that could be ripping well into the future!

With Forsberg’s tendency to switch things up every now and again, we’re not sure how long this power plant is going to stay. However, it certainly provides a lot to enjoy as the car is professionally slung around the curves. In fact, we might even go so far as saying that this is a combo that all gear heads can enjoy. There’s something about that exhaust note when this thing goes wide open that has the car absolutely screaming.

Follow along below to get the complete tour of the machine as it sits. In addition, Forsberg even goes into a couple of details to explain how the car managed to get here and what his thought process is moving forward.

COCKY Nissan GTR Driver Get Walked On By A 370Z! NEVER Celebrate Early! 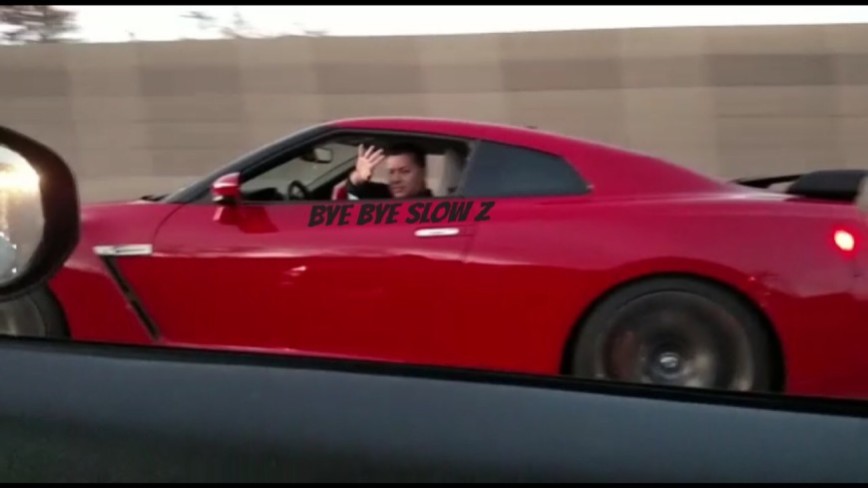