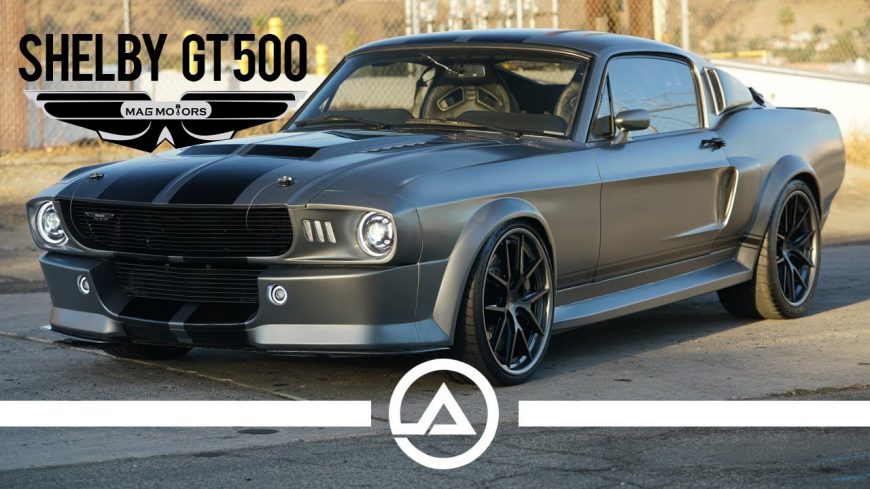 There’s a concept floating around in the world of automotive customization that we can’t help but love. We know that there are definitely different strokes for different folks. However, when we see a well-executed build that brings together aspects from the past and the present, we can’t help drool over it a little bit.

The possibilities are pretty much endless. Just think of all of the makes and models that can be borrowed from and combined to create something entirely new.

This time, we tune in with a little something from the Ford camp. This machine could easily be mistaken for the likes of an Eleanor Mustang. However, it’s so much more than that, even though it seems to borrow some styling cues from the cinema machine.

With most of these late-model cars, we will find that an old rolling chassis is used and the heart of something newer is transplanted within. This time, though, a little bit different route was taken on the way to the end game. Instead, we see a machine that started life as a 2014 Shelby GT500 chassis. From there, the builder took it upon themselves to build a custom body around it. When push comes to shove, what we end up seeing is something unlike any other Mustang rolling around on the road out there these days.

Under the hood, the machine still has the factory 5.8 L supercharged engine that’s found with the 2014 GT500. However, it has undergone some tasteful modifications like an intake, exhaust, throttle body, pulley, and tune that bring the numbers up a little bit. Originally, the car made 660 hp at the crank and now it’s making a good amount more as almost all 660 ponies have found their way to the tires with the mods.

Below, AutoTopiaLA takes us on a journey through the car that isn’t hard to fall in love with. There is just so much done right here that we’re not quite sure exactly where to start!