When we tell you the guys at ProLine Racing Engines’ know their stuff, we are not ...

When we tell you the guys at ProLine Racing Engines’ know their stuff, we are not kidding. Just a few days ago, we brought you a video of nitrous-turned-turbo Pro Mod legend Rickie Smith testing his new Mustang, and PLR’s marketing manager Bud Hodge predicting his elapsed time down to the hundredths of a second.

This weekend, Orlando Speed World hosted its World Outlaw Nationals II, where a few more Pro Mods came down to play, including two of ProLine’s most notable, and respected, entries. Sidnei Frigo and Jose Gonzalez have become favorites to win any time they show up at an event, and thanks to their very similar cars with identical PLR power plants, they usually run pretty close to one another for obvious reasons. However, this particular pass from the semifinals at the WON II event shows just how ridiculously closely matched these two cars really are.

Our buddy and one of our go-to sources of video from these events, Hans from Free Life Films, caught the pass and actually took a second to zoom in on the scoreboard after the brethren Camaros cleared the quarter mile and lit up the scoreboards with not only identical elapsed times, but the same exact speeds as well.

Despite the scoreboard indicating the race was a virtual tie, there have actually been much closer races in Pro Mod, and pretty much all other classes for that matter, all because of what happened 1,320 feet from the starting line. You see, there’s one small factor called reaction time that plays just as much a role in deciding who gets to the finish line first. This race is a perfect illustration of that, in fact.

It’s not often you have truly identical numbers on the scoreboard, so this makes it easy to see that Gonzalez’ faster reaction time – he had a .037 to Frigo’s .061, giving him .024 in the bank off the line – made all the difference in this race, since the cars, very literally, ran the same elapsed time down to the thousandths of a second. So while in terms of performance, the cars themselves were identical, one driver did his job better and that sent him to the finals, where he won over Stevie Fast. 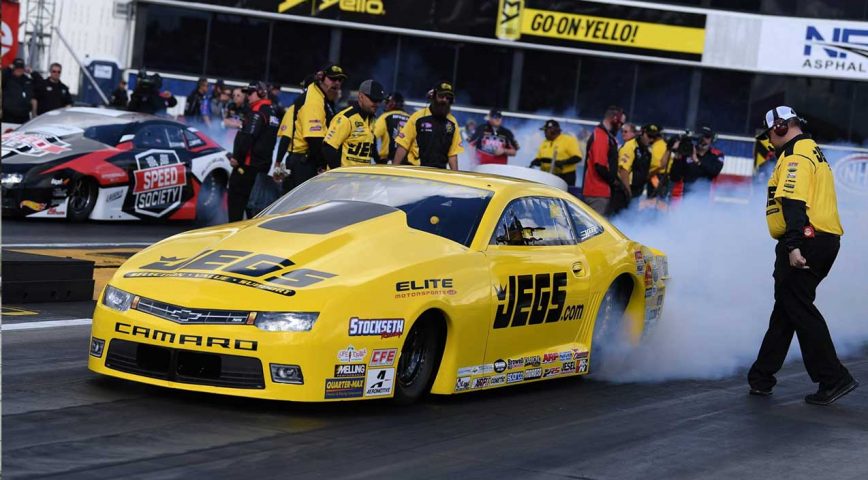