What comes to purchasing a Lamborghini, not everybody is able to afford that luxury. ...

What comes to purchasing a Lamborghini, not everybody is able to afford that luxury. The exclusivity might be one of the things that make owning a car like this cool. If everybody had one, they wouldn’t be as exciting. Being able to see a Lamborghini every once in a blue moon really makes them something special.

For most, they are nothing more than a dream. Maybe, one day, with a lot of hard work and a little bit of saving, that dream might come true. However, for one Colorado physicist, he decided that he didn’t want to wait around for half of a million dollars to find its way to the bank account.

When this physicist and his son were playing a little bit of Xbox, they came up with the idea. His son said that he wanted the Lamborghini that he saw on the screen. However, as it’s one of the more expensive Lamborghinis, it wasn’t exactly in the budget.

Instead, they decided to get a little bit creative. This is where the physicist would put modern technology to the test. He decided he wanted to go out and build his very own look-alike Lamborghini. It was truly an exciting project to be able to get an inside look at.

When they got to work, the medium of choice would be 3D printing. With this method, we can simply print out all sorts of different components as long as there is a design file to be had. They would get to work, constructing the model Lamborghini Aventador to look just like the real thing. It might not be an official Lamborghini but it is something that is quite inspirational. We might not all be capable of such a creation but perhaps we can all get more creative! It also gives us an idea of just how awesome technology like this can really be. 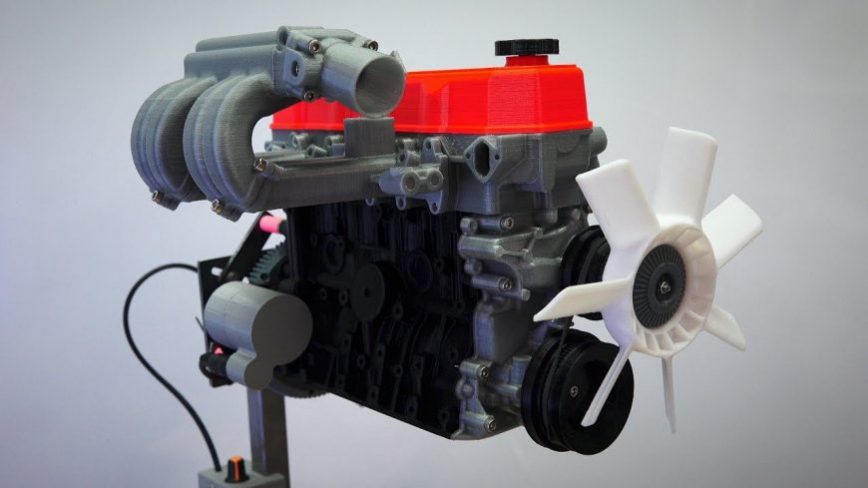