Compound Turbo 2JZ Makes Some Serious Steam on the Dyno 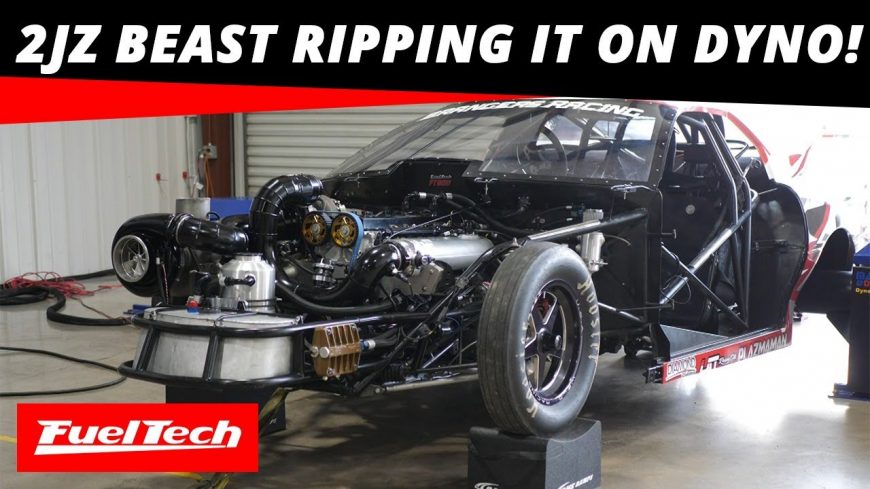 In garages around the world, there is a constant debate unfolding every day. This is a debate that will never have a definitive answer. However, we think that it’s always fun to dive into the question of which engine is best.

Naturally, when talking about such a subject, there’re going to be different criteria that make different engines better. However, when it comes to the world of performance, there is one candidate that we think should be in every discussion. This candidate would be none other than the world-renowned Toyota 2JZ. The platform has built up quite a reputation over the years and for good reason. For anyone who has spent any amount of time around drag racing, they have seen that 2J rocket to the moon and back again.

To this day, the platform is still surprising us. Different builders around the world have found out different ways of stretching out the legs on this engine to squeeze every last bit of horsepower out of the architecture. With that in mind, the 2JZ can manage four digits of power without even thinking twice about it. Most 2JZ applications in serious drag racing will fly right past that number. These things make some very real steam!

This time, thanks to the folks over at FuelTech, we’re able to check out a wild 2J in action. This time, it’s the Brangers Performance & Machine Compound Turbo 2JZ on FuelTech USA’s Hub Dyno. This thing basically sucks all of the air out of the room. On the other end of that air, when combined with fuel and spark, we see some pretty insane dyno pulls. We aren’t given the horsepower figures on these pulls. However, it doesn’t necessarily take an engineer to figure out the fact that this thing is cranking out some major power. – FuelTech