Controversial New Cannonball Record Might Not be Accepted by Enthusiasts 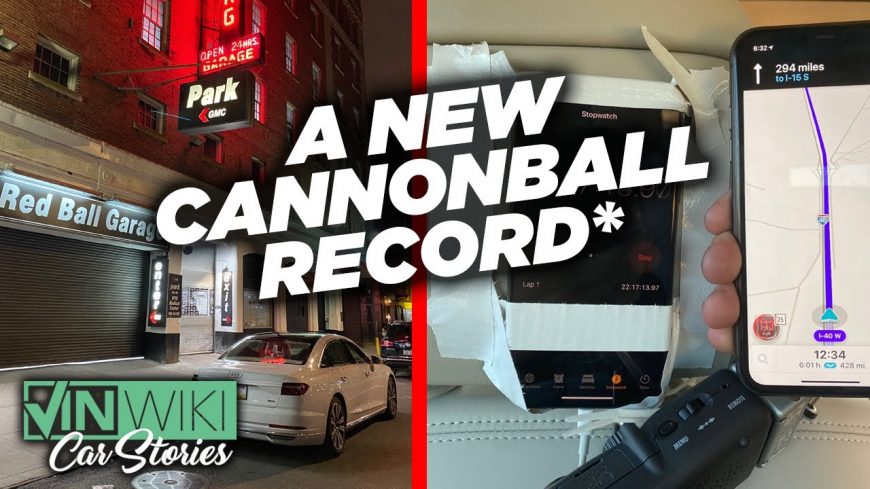 There is a certain mystique surrounding the Cannonball record that we can’t help but be attracted to. Naturally, setting the record for driving across the country is going to come with its very own pitfalls. Getting from one coast of the country to the other without attracting the wrong type of attention is pretty difficult to do. Throw in the time factor and you have yourself some epic storylines.

The record has recently been set in the time of 26 hours and 38 minutes. This breaks the previous record of 27 hours and 25 minutes set in November of last year by a whopping 47 minutes. By the way, Google Maps places the drive from New York City to Los Angeles at over 40 hours.

In the current day and age, there’s a lot less traffic on the roadways. Therefore, those who have considered breaking this record have a new incentive to do so. With everybody stuck at home in COVID-19 quarantine, that means that the highways are pretty much wide open. Because of this, there will be less data for apps like Waze that report on traffic conditions, including police presence. On the other hand, though, it’s as wide-open as highways are going to get.

Surely, even on prior record runs, there was bound to be some sort of traffic along the way. In the era of coronavirus, that traffic likely will not exist on the entire journey.

Therefore, this gives rise to a new conversation. The news began to circulate about the new record. However, the controversy comes into play when considering when it was done. Part of the appeal of the record is its attainability. Will breaking the record in conditions that will likely never exist again ruin it?

In the video below, we catch up with cannonball enthusiast, Ed Bolian, as he gives us his thoughts. This is certainly an interesting conversation to break the concept down. At the end of the day, there is a new record. However, there may be an asterisk next to that record in the record books.

Is this simply a case of racing the rule book or did COVID provide an unfair edge? – VINwiki

« Reliving the Best News Moments From Top Gear’s Next to Last Season With Clarkson, Hammond, and May