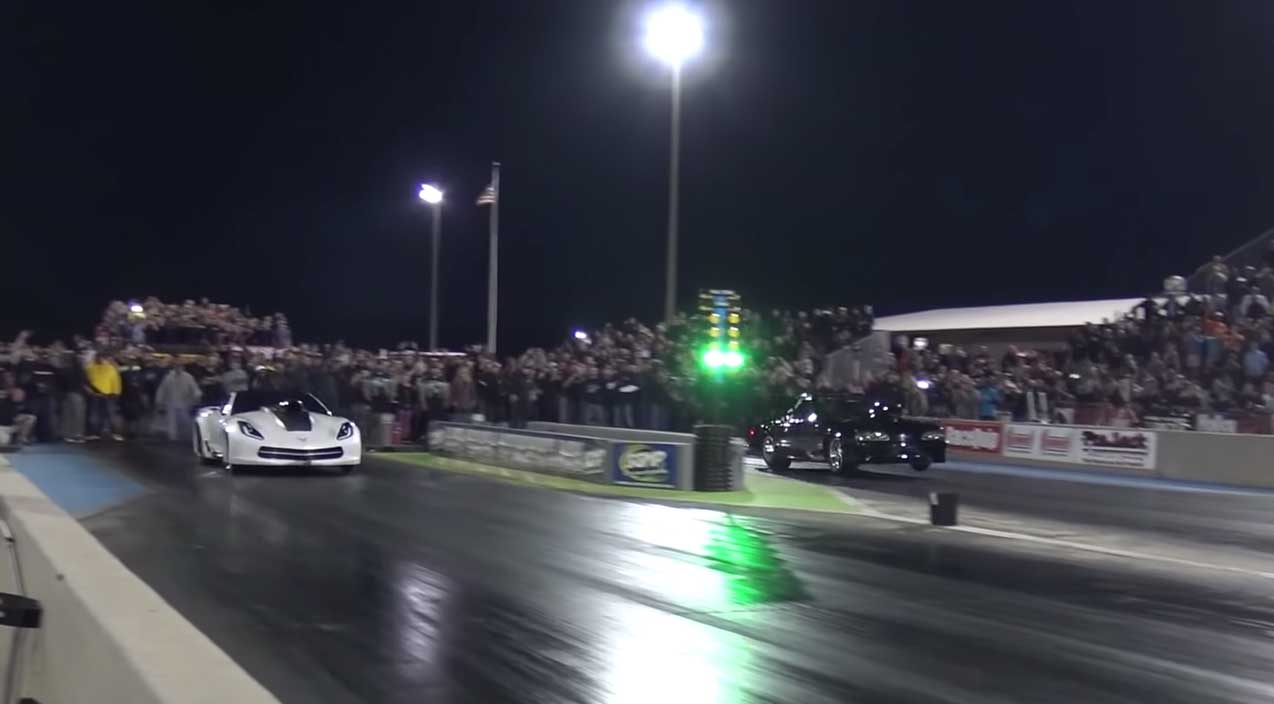 One of the most anticipated races of Lights Out X was this huge grudge race between Ghost and Jason X. With quite literally a massive stack of cash on the line, these two have been going back and forth at one another for a couple of months now, ever since Jason X’s owner and driver, JR Gray took down Chris Tuten behind the wheel of Ghost at No Guts No Glory 5.

I would love to lay out a bunch of details about these cars and their combinations, but as per the unwritten rules of the grudge racing world, both camps work very hard to protect as much information as possible about what they’re running. Considering Gray and I are pretty good buddies, and I still don’t know anything at all about his combo should give you an idea just how protective these guys are, and for good reason. When you have enough money on the line to pay for a brand new Audi R8, you protect everything at all costs.

For those who missed it, Jason X came into Lights Out X up one race to zero over Ghost, with this being the second time the two small block nitrous badass have lined up. The first race was for $100,000 and you can’t run the same race for the same stakes, so this time the pot was raised per side for a total of $200,000 to the winner. As you can imagine, the tension was palpable between the two as they rolled to the line to go to war.

It appeared that Jason X was on his way to going up by a quarter million bucks, as he was out in front of Tuten when they passed by our video man Hans from Free Life Films, but Ghost drove back around to take the win and even the score 1-1.

I was on the top end when the two cars came coasting to a stop, and I can assure you, this isn’t the end of this saga. With both racers having taken a win, they want to have a definitive “rubber match” to settle this deal once and for all, so look for them to line up again, possibly very soon, and for an even bigger pot!