If you’ve ever caught the show Counting Cars, you probably know that Count, the ...

If you’ve ever caught the show Counting Cars, you probably know that Count, the man in charge, comes into contact with a lot of awesome rides.

Even for those who have been in contact with tons of impressive cars themselves, there are still Wonderlands out there. There are still collections that make them stand back with awe, admiring what they see.

This time, Count and company travel such a place. The idea is to check out a wildly impressive collection for themselves. We follow along as an abundance of one-off cars are presented. These things glisten in the light as they offer up something that we’re not going to see just anywhere.

One of the things that provide a little bit of extra mystique for some of the older cars is their configuration. A lot of times, the way that they sit is the only example of the combo in the world. Sometimes, this rarity can really give a machine that “wow” factor that really makes it demand attention. Being able to see a one-off creation in person is really something special. Some of these cars aren’t even seen by all that many people over the span of the cars’ lives.

If you follow along down in the video below, you’ll be taken for quite the wild ride. This one will inform us on exactly what it is that makes some of these cars something that you’re going to want to keep your eyes peeled for. Outside of this, you might never see something like them again. We can’t get enough of the rarity!

After taking a tour of this garage that features vehicles like you won’t see anywhere else, you might just have the itch to go out and work on your very own ride! Seeing something this magical will do that to you! 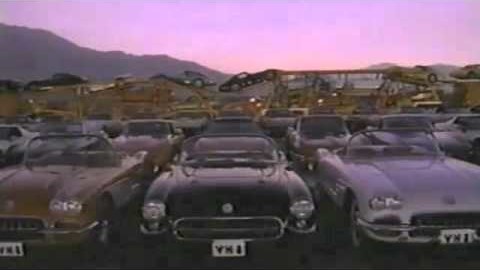