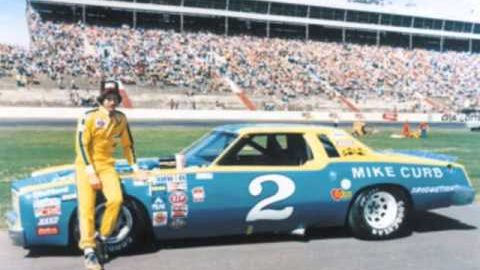 When we speak on some of the most iconic people to have ever hopped behind the wheel of a racing machine, there is a name that can’t be left off of any list. Dale Earnhardt is perhaps the most iconic name that any form of racing has ever seen. It really seems like when he passed on, the racing landscape as a whole kind of shifted. What we know for certain is that NASCAR would never be the same again. The sport has certainly sported a different face in a new era. However, Dale lives on through the many amazing things that he did both on and off of the racetrack.

Speaking of his off of the track life, there were a lot of things that Earnhardt involved himself in. From different mind games that he would play with other drivers to the drama that unfolded within the Earnhardt family, there was a lot of details that became headlines. However, one thing that most fans probably didn’t know about was the fact that Dale made a hit country single. Okay, maybe it wasn’t exactly a hit and nobody has ever really heard of it. We have to admit that when we stumbled across this little gem, we couldn’t help ourselves, though. NASCAR fan or not, seeing something like this is pretty darn cool if you ask us.

By following along with the video below, we catch up with that single. It comes from an album that took the talents of several drivers and compiled them into a selection of tracks. For those looking to pick up a copy, it goes by “Stock Car Racing’s Entertainers of the Year.” The album recorded in 1983 features some of the top drivers of the time singing.

Who would’ve ever known that Dale Earnhardt would be one to hop on a country track like this? It almost seems out of character for him to take part in such a lighthearted activity. As someone who seemed incredibly focused and unwilling to stray from his career on the track, this is another side of Dale that we absolutely love.