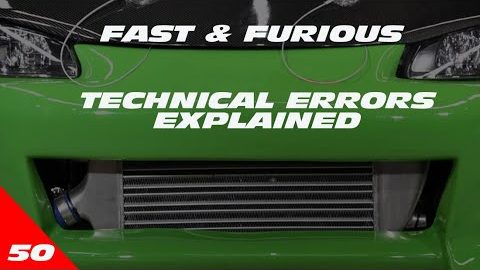 One of the fun parts of the original The Fast and the Furious movie is the movie magic sprinkled in. Don’t get us wrong, as car fans, many of us will pick up on some of the technical inaccuracies in the movie. At the end of the day, there are definitely a lot of them and some of them aren’t even close to what would happen in the real world. Cue the floor falling out of the Mitsubishi Eclipse in the opening race scene.

However, in Hollywood action movies, if some things end up getting too deep into the truth, it could end up being boring for audiences. At the end of the day, people come to the movies to see racing, crashing, and the occasional fight sequence. If all of that panned out as it would in real life, the movie probably wouldn’t be very interesting and everyone would likely be in jail 20 minutes in.

With that, we can still be left to question some of the decisions that have been made in the movie. Sure, spicing things up a little bit is one thing but we might argue that the original Fast and Furious movie is one of the most over the top films of its time. When we say that there were creative liberties taken in this film, there were a ton of them to accomplish one goal or another throughout the course of the story.

This time, we check in with the technical advisor who was responsible for some of these decisions. Craig Lieberman has given us a wealth of information about a fan favorite in the automotive community. In this video, he does more of the same, giving us the rundown on some of the technical errors in the movie. After all of these years of picking these things apart, finally, we get to hear from someone who is just a little bit more familiar with the matter.