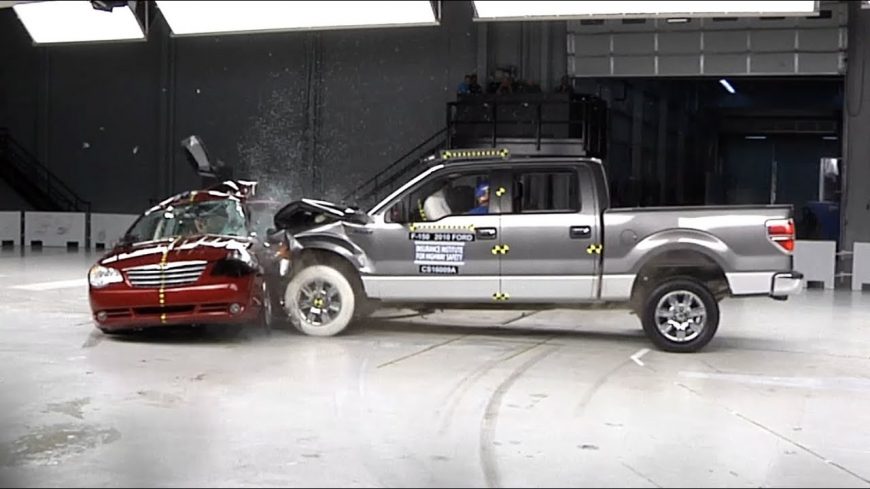 In order to make sure that our vehicles are safe for road use, they go through a rigorous series of testing to ensure all equipment is in tiptop shape before being sold to the public. This requires all sorts of different situations to be encountered by the vehicle in question, showing us exactly how said vehicle will react if it’s exposed to something like, say a side collision from someone who might’ve run a red light. It really isn’t a place that you’re going to want to be in but the reality is that it’s, well a reality.

This time, we check out exactly what that test looks like for a compact car, a Chrysler 200 to be more exact, as it goes for the ride of a lifetime during some crash testing that’s a lot more violent than you might imagine. When you think of someone running a red light, and hitting another car, you might not be able to perceive how the force changes hands but in the wrong set of circumstances, it can get really ugly. This test gives you an idea of exactly how it might look in the cab for the driver should the be t-boned at a light or in any other situation, really.

Check out the test below and tell us what you think of this insane instance. Seeing those dummies jolt away from the impact isn’t very reassuring and definitely makes you think about looking twice before you get tied up in a situation like this. Such an impact can be deadly and is really something that could make you look twice before you enter an intersection, even though, in most situations, something like this could come out of nowhere and provide a sequence that is simply unavoidable at the end of the day.