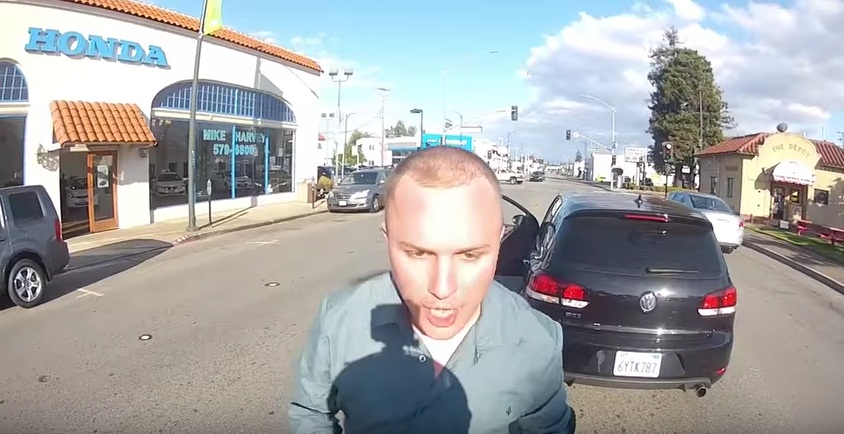 We’re not too sure what transpired before the video camera was flipped on here, but it would appear to have made the driver of the Volkswagen in the picture pretty upset.

As we’ve seen again and again with these road rage videos, it turns out that the driver of the VW just simply can’t contain his anger within his car.

We watch as the driver speeds ahead of the motorcycle rider and dangerously slams on his brakes before coming to a stop and hopping out to punch the rider in his helmet.

We’re not really sure what all of this accomplished, but hey, maybe that outrageous driver had his feelings go away. He was incredibly lucky that the motorcycle riders, who outnumbered him, didn’t decide to retaliate.