In drag racing, we see a lot of the same thing over and over. Don’t take that ...

In drag racing, we see a lot of the same thing over and over. Don’t take that as a condemning statement, either. After all, if the combination that works well should be the most popular. The tried-and-true gain their status because they can get someone to their goals in the quickest way possible.

On the other hand, though, perhaps, the biggest attention-getters go outside the box. One of the fan favorites, when it comes to X275 racing, is the diesel-powered Chevrolet Nova owned by Tyler Bradley and Daniel Pierce.

It definitely takes a stroke of creativity for a swap like this. With so many powerplants that have a carved out a path to success, going to the diesel engine is definitely creating hurdles for yourself. However, when the end product ends up ripping like this, it surely is a sight to be seen.

Obviously, it will be impossible to count how many double-takes are done. However, if there was an award for that kind of thing, we wouldn’t be shocked to see that a car like this took at home. A Cummins diesel engine under the hood of a classic muscle car just isn’t something you see.

This time, we get to watch the car make a pretty impressive pass at Lights Out 11. There’s something that’s hard for our brains to wrap around when it comes to watching this car make its passes. Something about the sound and combination of smoke really kicks us away from the norm. When it all comes together, though, and rips down the track, it’s surely a sight to behold.

By following along with the video below, we get the best seat in the house to watch the car make a 4.40-second pass to the eighth at South Georgia Motorsports Park. JMalcom2004 was on the scene to capture the video and deliver it to our screens. 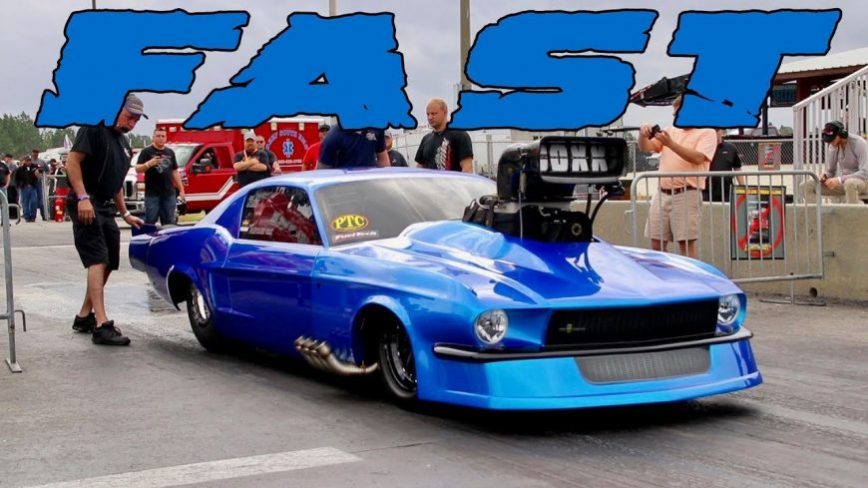