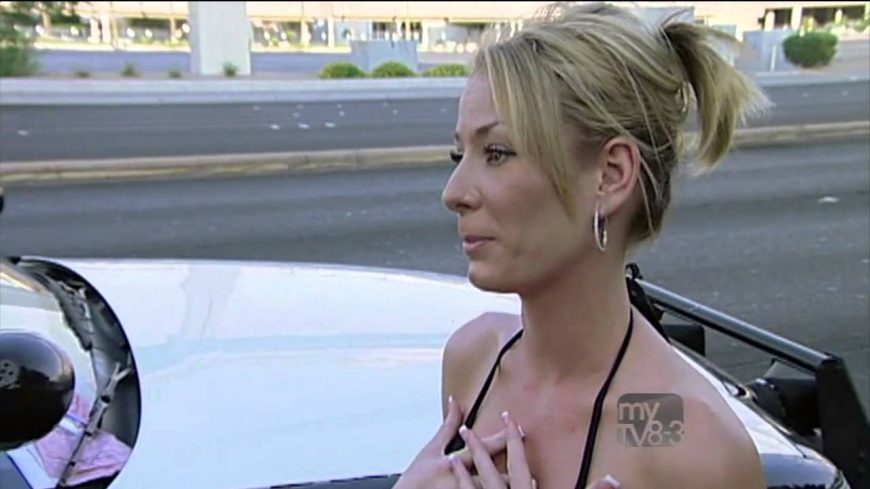 If a Las Vegas police officer tells you that every day of the job is certainly a surprise and provides an experience that is different with each and every tick of the clock, we would be inclined to believe that officer. In fact, if you think about towns across America, I’m not sure they get much crazier than the city of sin so it would only go hand-in-hand that the police officers have their hands full there while seeing all sorts of strange and obnoxious behavior as people from around the world head to Vegas to blow off a little bit of steam.

This time, though, it doesn’t look like somebody from out of town is the culprit at all as a couple of girls driving around in a car which actually happens to be one that might grab the attention of an automotive enthusiast, in a mid 90s Ford Mustang Cobra, would end up getting pulled over for having a tail light out and as the story continues on, the officer finds himself in a situation that’s not exactly unbelievable but a little bit obscure, to say the least.

As the officer proceeds with this traffic stop that started because of an equipment malfunction, he eventually finds out that the car has no insurance and the driver has a suspended license. As the officer is forced to pull the driver out of the car wearing nothing but her bikini, things get a little bit awkward as the officer tries to figure out just the right middle ground in order to make sure that he’s doing his job properly but not cross any boundaries  because we can see how standing on the side of the road nothing but your bathing suit might be a little bit embarrassing.

If you follow along in the video below, this one may just have you scratching your head a little bit and wondering how exactly people get themselves in situations like these.