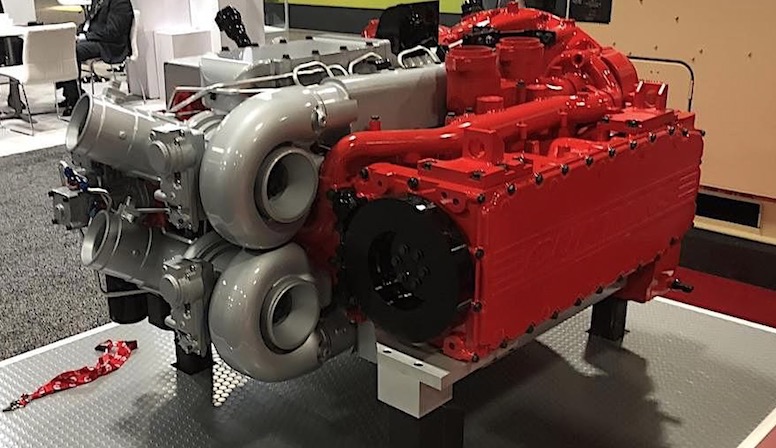 So we’re not too sure how likely it is that you’ll be able to get your hands on something like this for an engine swap. However, one of the most recent releases by Cummins seems too insanely cool to overlook.

Designed for combat vehicles, such as tanks, this power plant brings in several features that you won’t find in a road car. For starters, the engine is both twin turbocharged and supercharged. That’s really more than enough to get most Cummins enthusiasts excited. However, things get even more unique when we learn that it’s designed in an “Opposed piston” configuration, meaning that the pistons fire on a horizontal plane, like a boxer engine. However, instead of firing outward, the piston heads fire toward each other.

When all is said and done, the combination is good for 1000 hp out of 14.3 liters out of the 2 stroke combination. Technically, the engine is a four-cylinder but it does have 8 pistons with 2 per cylinder. Naturally, it has a pair of crankshafts as well. While this thing might be insanely cool, it almost sounds like a technician’s worst nightmare to work on, especially in the field.

As one might expect, it is powered by diesel as well. The engine does look rather massive, but we can’t help but think that someone shoehorning this into an old-school Dodge, even if it had to be bed mounted, would be pretty darn cool.

The creators behind the video, Stav-Tech, inform us that the engine seems like one that should make even more power, given its size. However, the engineering isn’t created with max output in mind. Instead of the one-track mind that we can get in the performance community, this bad boy is designed to try and run forever with a consistent 1000 hp. In other words, it’s a workhorse.

Down below, we get to check in with the engine and hear a little bit more about what it is that makes this thing so special.