Custom Banshee So Clean You Can Eat Off It 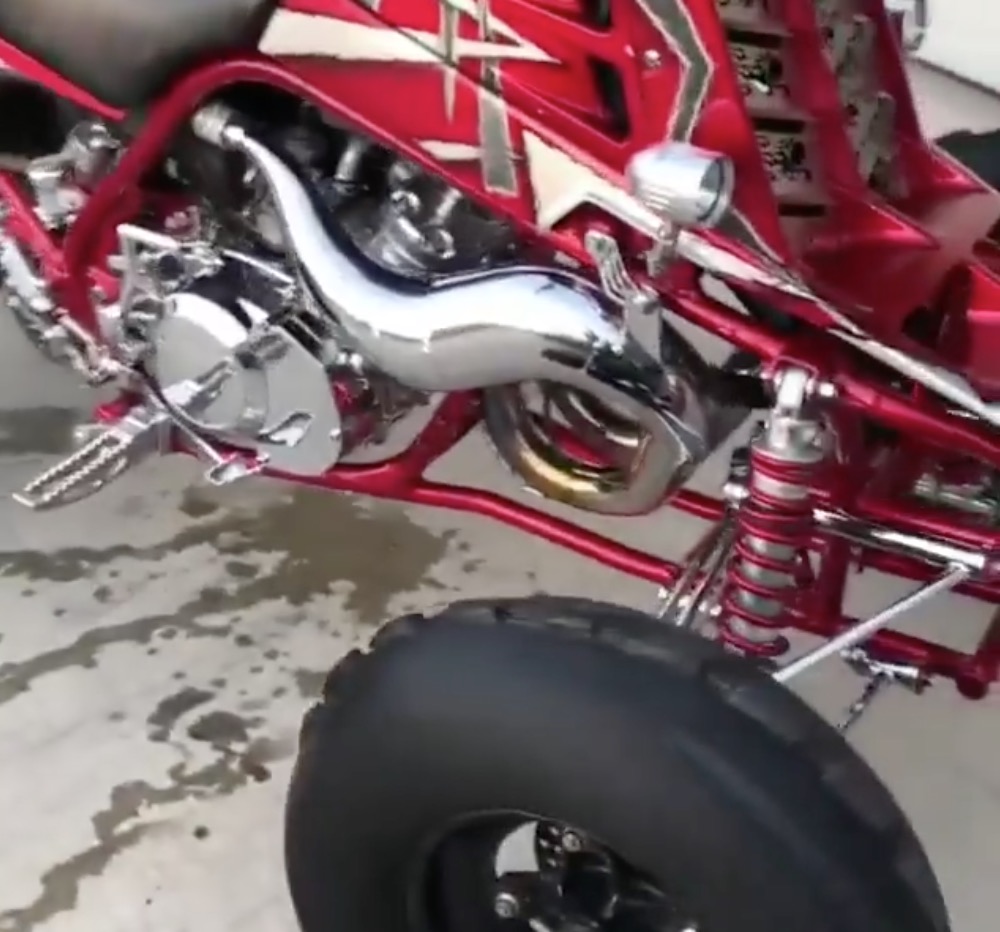 When looking to a machine like the Yamaha Banshee ATV, you can’t help but immediately transfer your thoughts to an off-road application. I think that because this is the primary use for a vehicle like this, the quad for those who aren’t familiar, naturally leads you to imagine a session of blasting off-road. Your mind doesn’t necessarily wander toward the glitz and glam but instead, something that should be durable and designed to be able to take some abuse.

This time, however, as we have a community that is very different depending on which corner you look in, we also have people who look at such an ATV and see it as a show machine. Maybe these folks aren’t using their Banshee to go off-roading and abusing it but instead are using it for some sort of street or show application, having the machine’s looks to be a priority over how it performs. Maybe they want a little bit of the best of both worlds and don’t plan on abusing it so they can throw a little bit of chrome in the mix and not worry about having it be destroyed.

If you follow along with the video below, you’ll be able to watch as we get a walk around of the Banshee that is so clean that you can almost eat off of it if it weren’t for the worry of getting that nice shine all dirty. This might not be your traditional Banshee but I think that’s why there is so much to love about it as it really has a different twist thrown in the mix of the platform that you might have thought had only one person in mind. Some people might claim that such a clean machine defeats the purpose of everything that this quad stands for but we would argue that it creates its own niche entirely.

« Wild Custom Built Harley Has All The Chrome, And Lights