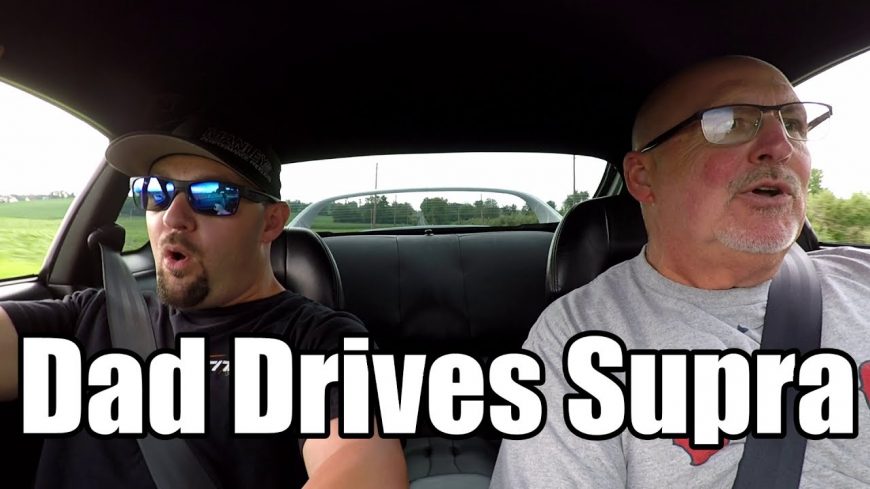 I think that most people who have a fast car will tell you that one of the biggest joys of having a vehicle like this is the ability to share it, taking people along for rides and showing off fruits of your labor that you have been spent those long, hard hours making it all just right. Now generally, it will be the owner who is driving and simultaneously terrorizing whoever is sitting in the passenger seat. This time, it just so happens that the script flips and the owner of the car is the one who’s going on a terrifying riding their very own machine!

Instead of taking dad on a ride in this turbo Toyota Supra, it just so happens that dad is taking his son for a ride, wheeling his very own car against him and putting down serious some power out there on the streets. The result is nothing short of hilarious as the son and car owner really freaks out at some points during the video, letting us all in on a really good laugh as he just doesn’t know what to do with himself during some points in the video. After a couple of accelerations, you can see a little bit of regret setting in but at this point, it’s too late to turn back on the experience now!

Follow along in the video down below that will take you along for the ride in this powerful Supra that provides a father and son bonding moment that these two will probably never forget. After seeing this guy’s reaction to his father’s driving, it really begs the question of if you would let your dad get behind the wheel of your racecar and head out for a spin with you strapped in the passenger seat, holding on for dear life.