Daddy Dave drives Malibu to Twin Peaks, then dynoes it in the parking lot!

Daddy Dave drives Malibu to Twin Peaks, then dynoes it in the parking lot!

Street Outlaws star Daddy Dave has been known to bolt up radials and come play in the ...

Street Outlaws star Daddy Dave has been known to bolt up radials and come play in the small tire world from time to time in his wicked ProCharged Chevy II known as Goliath. However, those who only know what they see on TV probably don’t realize Dave has another car that wears small tires all the time and, when Dave has a local event he wants to attend, can actually handle a little drive on the street.

No, I’m not calling this a street car, but this Malibu, which is also rocking a massive ProCharger, can be driven on the street long enough for Dave to make a hell of an entrance. The car is powered by a big block and, as you’ll see in the video from a Twin Peaks meet in OKC, it cranks out plenty of horsepower on the chassis dyno in the parking lot.

The car makes so much power, in fact, that on the second pull, after putting up a number of 1,520 HP on the first hit, it causes the dyno to read erratically, effectively breaking the dyno and rendering the second pull useless. It takes a lot of power to break a dyno, folks!

I think it’s worth noting that this proves a lot of the hate the guys from Street Outlaws get is unwarranted. People claim they’ve lost touch with who they are and that they are disconnected form the people who made the show successful, but I don’t see how much more connected you can be than rolling up to a local meet in a badass hotrod and hanging out with those very people who probably talk trash about Dave online.

What a lot of the fans interpret as the stars of the show being stuck up is actually their discomfort with being the center of attention, something most of these guys will tell you they do not care for at all. They just simply would rather blend in with the crowd and not be noticed at all, much less made a fuss over. Keep that in mind next time you see them retreat from a crowd and consider that maybe they’re just out of their element. 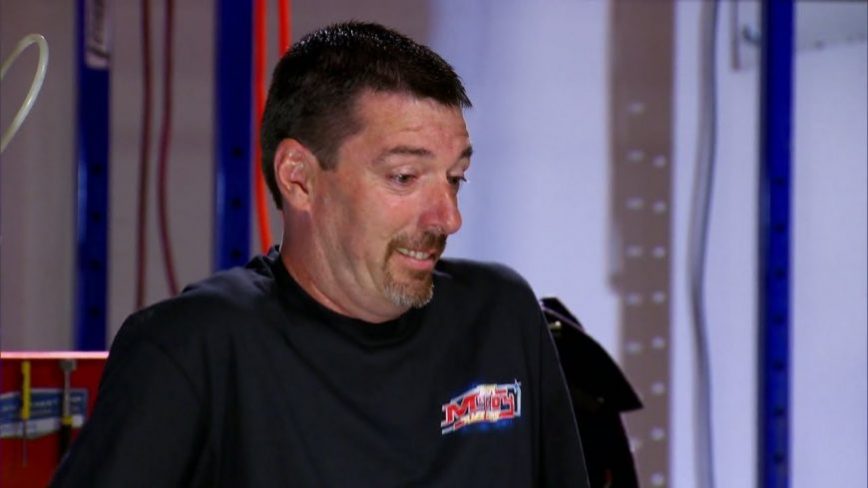