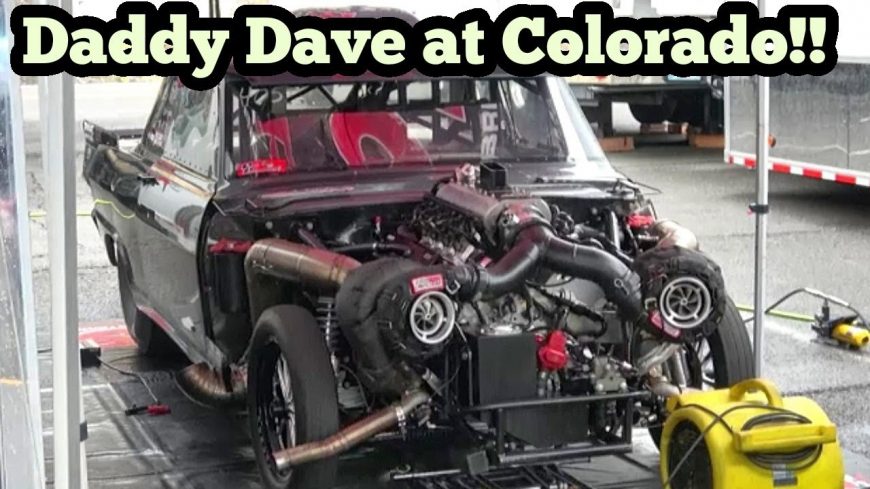 For those who really get into drag racing, they can probably attest to one thing. With so many awesome driver and car combinations, there are tons of insane matchups. It’s just like any other sport except in racing, if you don’t exactly stay on your toes, a loss isn’t the only thing that’s on the line. For those not paying attention, their car could go in any direction. Needless to say, this could cause big-time damage. It comes not only in mechanical loss but bodily harm as well. With so much on the line, especially in no prep, the excitement is really at an all-time high.

In this one, we check out a variety of awesome competitors that the no prep scene has to offer. In this one, they go at one another between the walls up high in Colorado. The main feature in this one is none other than the one and only Daddy Dave!

Dave is no stranger to the no prep scene, for sure. However, things are a bit different in Colorado as far as engines go. With the lack of air at high altitude, turbocharged engines will especially struggle.

If you follow along down in the video below, you’ll be able to bear witness as these incredible machines goes up against one another. These drivers are really putting their abilities on display. On every pass, they’re going for the kill shot against one another.

Even though all of these car and driver combinations look like they’re chomping at the bit to take home the win light, there can only be one. Who’s taking home the sweet taste of victory? Well, if you check out the National No Prep Racing Association presentation down below, you’ll find out just that along with getting a little bit of an adrenaline rush to go home with.

« Insanely Clean Camaro Goes Nuts on the No Prep!