On an unprepared surface better known as “no prep,” Birdman really seems ...

On an unprepared surface better known as “no prep,” Birdman really seems to have his ducks in a line as the car always works on just about any surface.

With such a great working car, the guy in the next lane usually has his hands full and if the mind games of knowing that you’re racing one of the best in the game isn’t enough for you, then the car itself should be able to finish off the job.

However, when you are among the ranks of Daddy Dave and his killer Goliath 2.0 Chevrolet Nova, mind games probably no longer get to you and you’re completely confident in what’s under the hood of your car and comfortable with how exactly your car works on any given surface.

With all of these factors at play and an insane underlying story of the always interesting nitrous vs turbo battle, this one promises to be an epic race no matter what the outcome might be.

The action itself is second to none as both of the drivers skate down the track, attempting to pull ahead of the other and take home victory. Check out the video below as Daddy Dave makes his presence felt and is able to pull out the win over Birman by the margin of a car length!

Daddy Dave in Goliath 2.0 vs Chuck Seitsinger in Firebird at American Outlaws Live 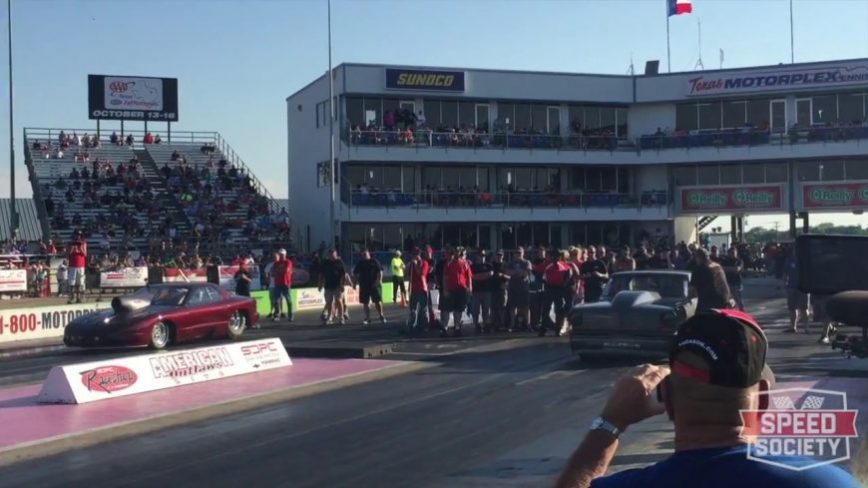