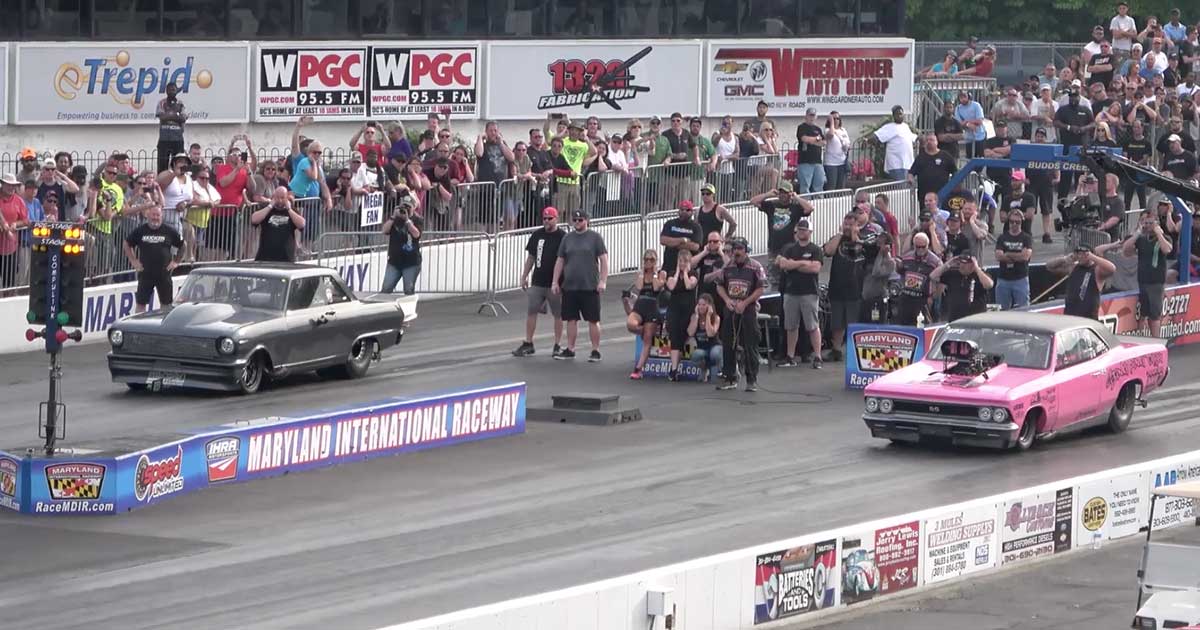 If you really get into drag racing, you can probably attest to the fact that with so many awesome driver and car combinations. There are tons of insane matchups that can be had when we compare some of the best of the best. It’s just like any other sport. In racing, though, if you don’t stay on your toes, a loss isn’t the only thing that’s on the line. A car could go in any direction and cause big-time damage. This comes as a threat not only to the machine but also one’s own body. With so much on the line, the excitement is really at an all-time high.

In this one, we check out a couple of awesome competitors that as they go at one another between the walls. It’s all going down at Maryland International Raceway. Daddy Dave has put together quite the reputation but that won’t stop Disco Dean from taking a shot at him.

When we follow along down in the video below, we’re able to bear witness as this incredible pair of machines goes up against one another. They really put their abilities on display as they go for the kill shot against one another. Even though both of these drivers were door to door, only one can come out on top. This one is super close as both competitors lay down a clean pass. It’s not until the win light illuminates that we’re absolutely sure who won. This is truly the substance that racing is all about. It makes us want to keep coming back for more!

If you check out the National No Prep Racing Association presentation down below, you’ll find out just that along with getting a little bit of an adrenaline rush to go home with.

Posted by National No Prep Racing Association on Saturday, May 18, 2019