Daddy Dave Uses The Drivermod Feature On This One! 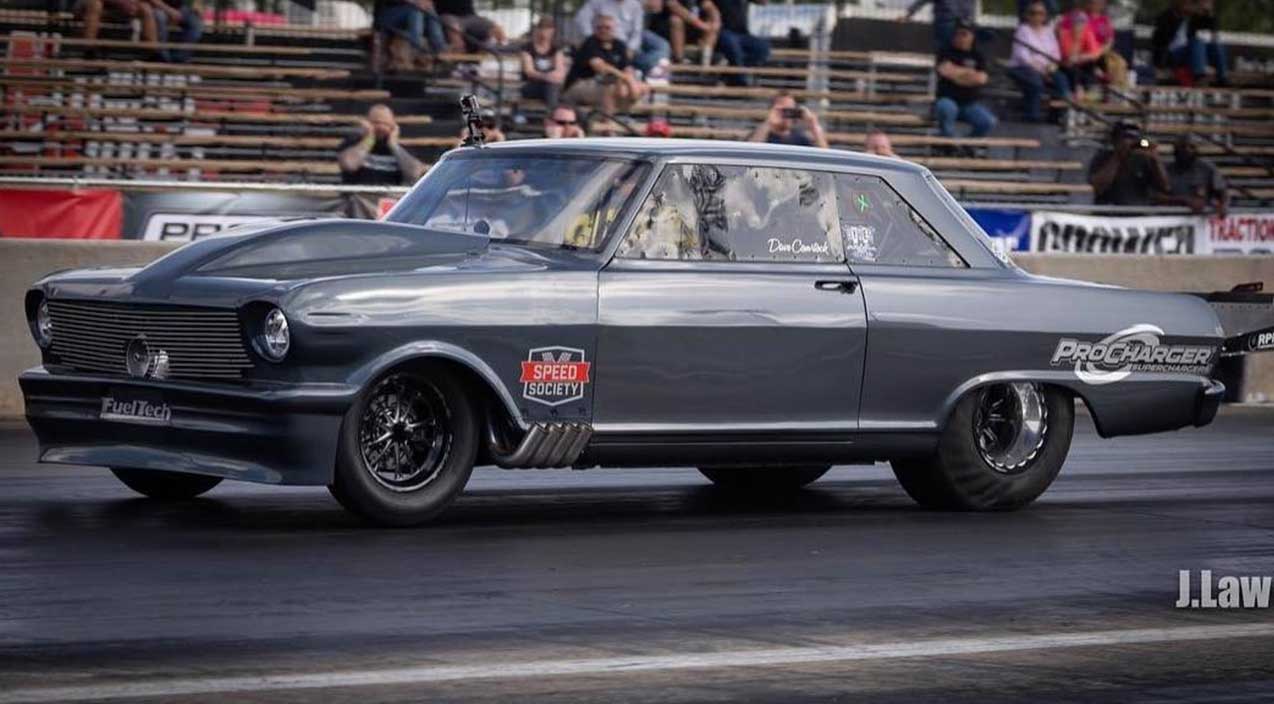 Since the first season of Discovery Channel’s hit racing show, Street Outlaws, David “Daddy Dave” Comstock has been known for his elite driving skills. He started the show as one of the most feared wheelmen on the street and now, some 5 years later, he’s still deeply respected and beloved by fans for his skill behind the wheel.

Most of the time, Comstock is utilizing his knack for quick reaction times and extracting every ounce of performance out of whatever he’s driving, but every once in a while, things go sideways – sometimes quite literally, as you’ll see in the video below – and Dave has to go into “Oh Crap!” mode, calling on his years of experience to keep a car on all 4 wheels. This is one of those instances.

Last year, Dave pulled the slicks off of his Chevy II known as Goliath and traded them for smaller, but stickier, drag radials. He made the trek down to the Deep South for Donald Long’s No Mercy 8, where he competed in the Extreme No Time shootout against some of the baddest radial tired grudge cars in the nation.

Anytime you make a transition as drastic as going from the street, where even the most-used, stickiest section of street would compare to a marginal drag strip, to literally the stickiest track surface in all of motorsports, you need to test, to find out what changes and tweaks need to be made. Our partner Hans over at Free Life Films caught Dave doing just that, and pushing his car to – and ever so slightly past – the limits of the ultra-sticky track surface.

Goliath hooks up hard off the line and looks to be on a quick, but relatively drama-free, pass until Dave reaches the 300’ mark or so, and then things get a little hairy after the car breaks traction and the rear end tries to pass the front. Dave quickly gets out of the throttle and wrestles the wayward Deuce back into submission, bringing the car safely back under control and coasting off the top end. This is just one of many examples of Dave being Dave, doing what he does so well.