Daddy Dave VS The Street Beast Comes Down To Inches At Bristol!

Daddy Dave VS The Street Beast Comes Down To Inches At Bristol!

When it comes to those who have reached street racing supremacy, two names that are ...

When it comes to those who have reached street racing supremacy, two names that are always in talks as a part of this conversation are Daddy Dave and Doc as they have been able to pilot Goliath 2.0 and the Street Beast, respectively, down the street and the track with the best of the grudge racers. However, no matter how many times a pair of drivers have raced, throwing money into the mix always seems to make things just a little bit more interesting. With the stakes being raised just a little bit, this battle where both competitors seem to have each other’s numbers should be a little bit more hotly contested!

This time, the two go head-to-head on a track surface at Bristol in an absolute throwdown that has some of the best in the business challenging one another. It’s matchups like these that keep your eyes glued on the racing scene to see what happens next as the pairing seems to be door to door as they both try to gather an edge over one another with neither managing to do so until right up at the finish line!

In this particular bout, we get a quite the view from the crew over at the National No Prep Racing Association as they dial in their cameras in a race that is sure to be a handful no matter which way you slice it and we’re loving every last second of the action.

Check out the vantage point from the best seat in the house as these two rocket their way down the track in the video below to see who reigns supreme on this particular day. With a race like this one, it can really turn in either direction in favor of one driver or the other so it’s always some must-see adrenaline pumping action! 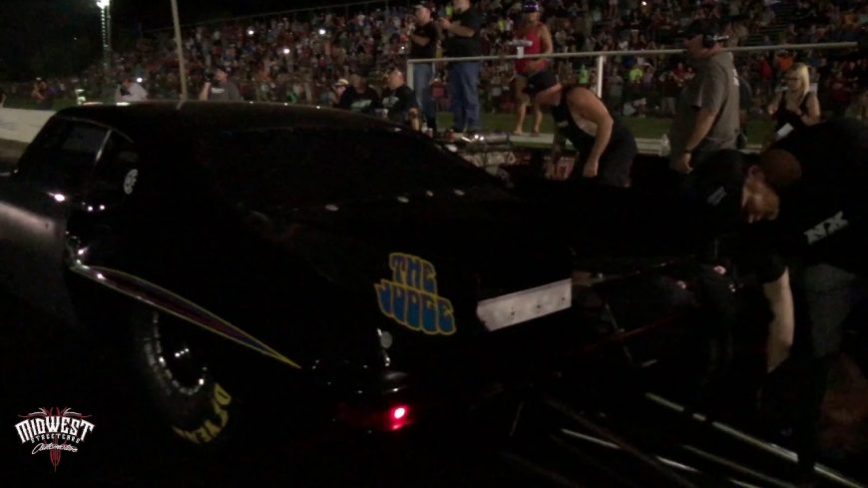