Each and every time that we tune into the WhistlinDiesel YouTube channel, things get ...

Each and every time that we tune into the WhistlinDiesel YouTube channel, things get more intense. For those who have yet to stumble upon the channel, basically, the goal at hand is to destroy everything. From what we can remember, the whole thing got started when a decent Duramax was completely torn to shreds.

Apparently, the category is one that its uploaders have found massive viral potential in. After watching the Chevrolet meet an untimely demise, other trucks have been thrown into the fold as well. The most recent victim is none another than a Power Stroke that is said to be worth $100,000. From what we understand, the truck was actually built for SEMA and carries around a ton of high dollar equipment. WhistlinDiesel isn’t one to discriminate, though.

At the beginning of the truck’s lifespan, it would appear to be none other than a vessel for experimentation. At this point, though, it looks like WD is just over it. All necessary experimentation is in the rearview now and it’s time to destroy. The series of videos seems to have taken a curveball from creative experiments to pure destruction.

We can’t say that we mind watching it all unfold, either. The internet gets pretty defensive over watching someone destroy their own stuff. However, it’s just so obscure to see a brand-new truck destroyed that we can’t look away. In addition, nobody else is going to do it. This is basically the only place on the web where somebody’s going to voluntarily blow six figures in the wind for no reason other than entertainment, or so it would seem.

By following along with the video below, we watch yet another truck become the victim of WhistlinDiesel. In this one, he recruits the help of his wife and a crowbar. Basically, his instructions to her are to do whatever she wants with the truck. Destruction was certainly a byproduct of that request. 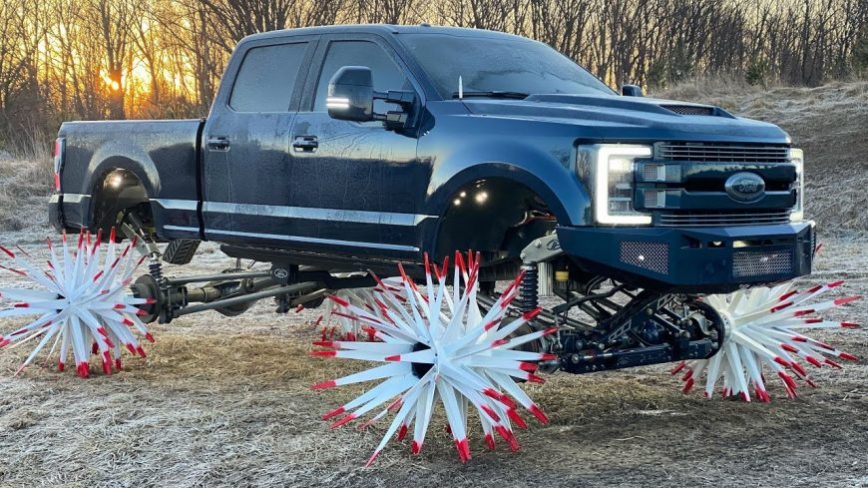