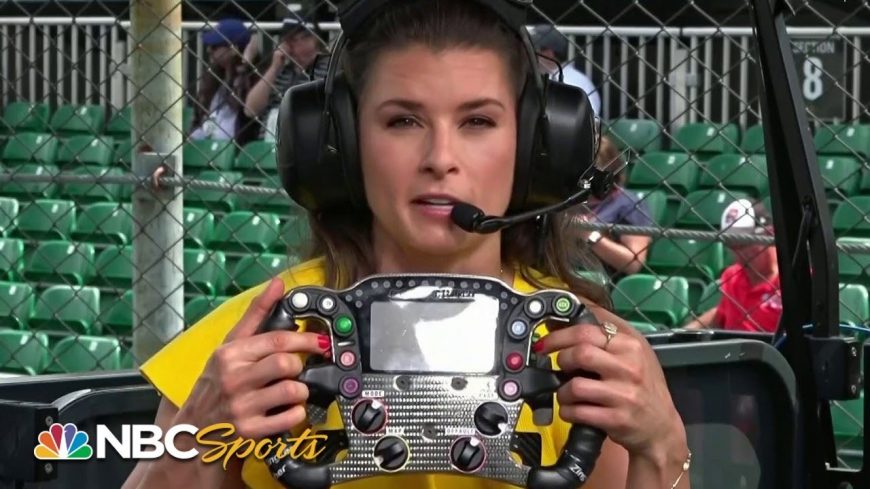 For a variety of sports or motorsport competitions, it could be easy for the difficulty to elude us as spectators. When watching from our couches and digging into a bag of chips, we might think that we could do what the competitors on television are doing. However, in most situations, that’s simply not the case. There is a lot going on that we would never be able to understand as we recline in our La-Z-Boys. Every once a while, we get smacked in the face with a stark piece of reality. It might just show us how complicated some of these competitive endeavors might be.

For example, it’s no secret that piloting an IndyCar can really be a challenge. There are all lot of different complexities to consider. It’s not as simple as pointing a car in the direction and going for it. One of the nuances that drivers need to figure out is how to operate the steering wheel. Unlike other steering wheels, and Indy car wheel really brings more to the table. The driver is forced to be able to perceive data shown to them while traveling at over 200 mph. That’s not even the full extent of it, though.

Down in the video below, we get the rundown from Danica Patrick as she gives us a little bit of insight on what exactly is going on with an IndyCar steering wheel. Just to name a couple of the different categories of controls on the wheel, she tells us that the driver has to control the following. While barreling around the track, the wheel controls shifting gears, weight shifts, ECU settings, changing the digital dash, and shock adjustments just to name a few. Every wheel is tailored to the driver’s preferences. Oh yeah, all of these decisions need to come at a split-second as the driver adjusts in real-time to track conditions. We would love to see the average driver give that one a whirl!