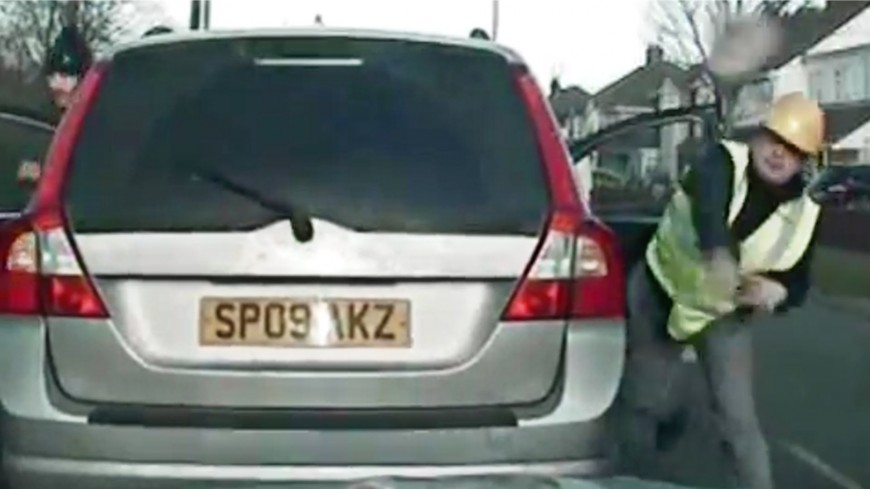 When we were younger, most of our parents, the good ones anyways, taught us how to be big boys and girls by solving our problems using our words.

For these two knuckleheads, that doesn’t appear to be the case as they find throwing bricks at a police cruiser that has pulled them over to be their best course of action.

After being stopped by a police officer, we’re able to see dashcam footage of dumb and dumber hopping out of their SUV and pelting the police car’s windshield with bricks.

We’re not sure what they were looking to accomplish here, but the would later be detained with one of them being charged with possession with intent to supply cannabis, yielding an imprisonment over five years and the other being slapped with dangerous driving and disqualified driving, yielding a near three-year imprisonment.

« Tow Truck Drops a Wrecked Car in the Middle of the Street – Keeps Driving!