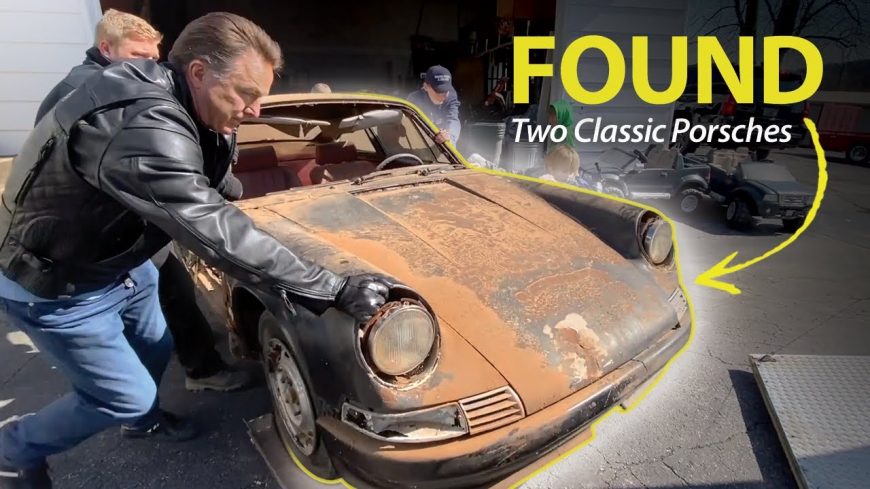 If there is one thing that we envy about Dennis Collins, it’s his tendency to find himself in all sorts of different automotive treasure troves. Over on Dennis’s YouTube channel, we get to watch him get up close and personal with all sorts of automotive history. This time, the haul in question is actually a pair of cars. We watch as Collins took a nice little trip, or treasure hunt, if you will, to St. Louis to check out a pair of classic Porsches.

In Collins’s world, it seems like he’s pretty much ready to cut a check if he finds a car that tickles his fancy. However, that doesn’t mean that obtaining these cars is always that easy. After all, having to deal with different life situations and personalities can sometimes be a challenge. It’s not exactly like the cars that he wants are for sale on every street corner, either. With that in mind, Collins has been chasing down this pair of Porsches for over two years. After going back and forth with the owner for quite some time, it’s finally time to head out to Missouri and check them out.

To most casual bystanders, these old school Porsches would probably look like just a pile of rust. After all, there is a great deal of each car missing because of the toll that mother nature has taken on them. However, where many see trash, Collins finds a treasure.

Within the cars, he sees their potential, and with a vast array of knowledge, is able to point out a variety of different parts and features that makes them desirable. Being able to head to a location with so much knowledge like this on tap is certainly a trait to be admired.

By following along with the video below, we get to go on the treasure hunt with Collins himself. After checking out the Porsches and digging into what the barn finds consists of, it’s time for a lengthy loading process to take all of the parts and cars back home.