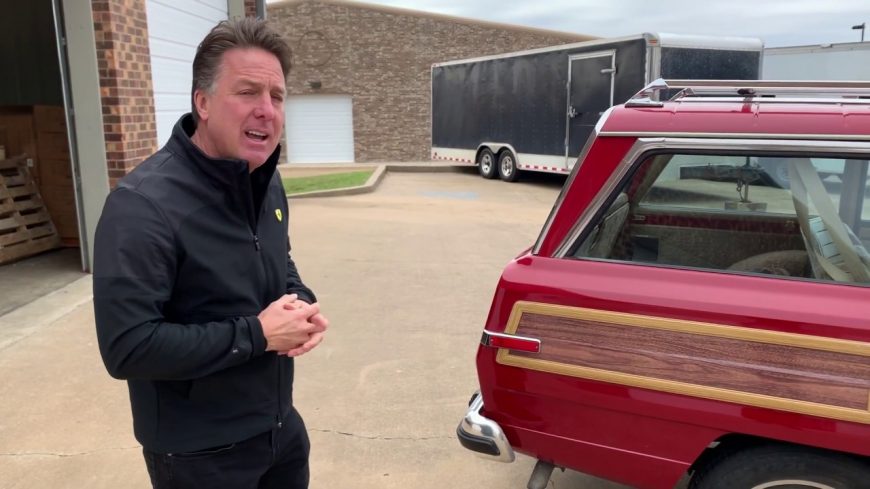 As moves forward, so does the architecture under the hood of vehicles. As a trickle-down effect, naturally, the engine swaps that we see are going to get a little bit different as well. It’s kind of scary to think about but some of our favorite swaps that have really cemented themselves as cornerstones might be the next to be an inefficient thing of the past. After all, as technology keeps improving, it only means that engines are going to get better and better. While we all have our favorite engines today, that isn’t say that they’re going to be the most popular tomorrow.

One clear example of an engine that has been getting some momentum behind it now and is breaking through in the engine swap world is that of Hellcat power. At the end of the day, whether or not someone is a Mopar fan, it’s hard to deny over 700 horsepower that comes from a factory built powerplant.

What’s so impressive about this if you can do similar numbers with an aftermarket turbo or something of the like? Well, no matter how good someone is at wrenching, it’s going tough to match the quality control put in place by a big-name automaker. With this in mind, we’re going to soon have access to cheaper power that’s much more reliable when certain combinations start to age.

This time, we even see the likes of one of the biggest auto customizers in the game, Dennis Collins, getting in on the action. As it turns out, he’s got his hands on a rather unique candidate for the Hellcat swap. Just as the title reads, he’s going to do a Jeep Wagoneer except it’s going to have a little bit more juice under the hood. While these vehicles were definitely beloved and act as icons from the time, the classic certainly didn’t have anybody fooled in terms of actually making power. This is where our Hellcat drivetrain is going to come into play.

By following along with the video below, Collins introduces us to the swap candidate that he plans on beefing up just a little bit. This thing is absolutely as clean as it gets and even has insanely low mileage for its age. Even for those who don’t need all the power of the Hellcat platform, being able to feast their eyes on a Wagoneer like this is a true treat just because of how impeccable of a piece it is.