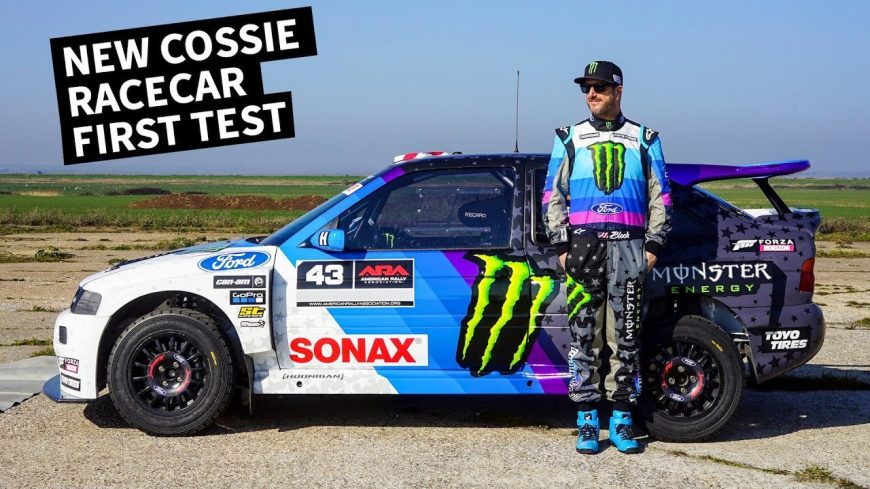 I thought this was going to be “just” our first look at Ken Block’s new old school Ford Escort Cosworth rally car. That alone would certainly have been super cool, but what we ended up getting, by the time the video runs its course, is a literal side-by-side comparison showing just how advanced this car is compared to its counterpart from the mid 90’s.

The differences in the cars don’t just jump out at you, though they are pretty substantial once team director Derek Dauncey starts pointing them out. The first and most obvious difference is the width of the fenders. While I’m hesitant to call these “flares” because they’re actually widened fenders and not just bolt on flares, the effect is the same. The wheels are pushed out wider, which obviously makes the car much more stable, and when you’re doing what Ken Block does and slinging dirt, gravel, sand and snow at ridiculously high rates of speed, stability is a big deal.

The suspension is also drastically different, again thanks in large part to the wider track. The suspension has more travel, which allows for more adjustability in the damper and compression, refining the cars handling and ride. Inside, the cars are drastically different as well, although as with most things, the changes are a by-product of technological advances that allow for a much cleaner installation.

The rear wing is also a really cool piece that features some subtle changes, such as a small wicker will along the trailing edge that will, surprisingly, make the wing coming off the rear much smoother and keep the car more stable at speed. The bottom portion has also been molded into the rear hatch, which is much lighter than the earlier version.

All of this makes for a much faster, more predictable car, and as you might imagine, that’s exactly what the goal was for the car all along.